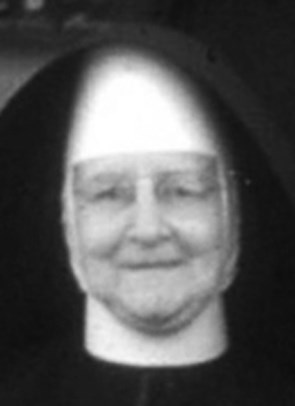 Ella Margaret was born in Tamworth on 23 January 1927. Her parents, John Keys and Agnes Lappin sent their children to Lochinvar for early education. The family consisted of Mollie, Clare, Jack, Ella, Von, Charlie, Ern and Angela.

Ella’s paternal grandfather lived at Lochinvar and her father, John Keys built and ran the Lochinvar hotel. The Keys family had a long association with the Sisters of Saint Joseph at Lochinvar as from the "early days". Ella’s grandparents reared their family there and their girls, Clare, Katie, Mary and Maria went to the Maitland Dominican Convent for higher education. Clare became Mother Mary Anthony OP and did great work as a musician, boarder mistress and novice mistress with the Dominicans.

Ella entered the Novitiate of the Sisters of St Joseph twelve months after her sister, Clare who became known as Sister Mary Cecily, and took the name of Sister Mary Annette of the Mother of God. Sister was professed on 3rd July, 1929 and began her teaching role in the branch houses of the congregation.

Years of ministry then followed teaching commercial work, then Upper Primary classes, later Secondary Classes and back again to Upper Primary at Taree, Lochinvar, Bulahdelah, Clifton Gardens, Wauchope, Port Macquarie. She endeared herself to students and parents alike. Cardiff was her last appointment, but after a couple of weeks, the pain which was causing such a lot of anxiety became acute. Sister submitted to hospitalization at the Mater Hospital, but after the final diagnosis of cancer was given she returned to Lochinvar into Sister Carmel Mary's very kind and capable hands. Her family visited her from various parts and Sister Cecily was with her when she died early on Holy Thursday morning the 15 April, 1976.

After the death of Sr Mary Annette her sister, Sr M Cecily wrote: “My dear Sister Mary Annette was a very gracious person, loved by all who knew her. Her delightful sense of humour saved many a situation that could have become tense and even unpleasant. She had that kindly understanding and gentle way which endeared her to the Junior Senior Boarders whom she mothered for some years.”