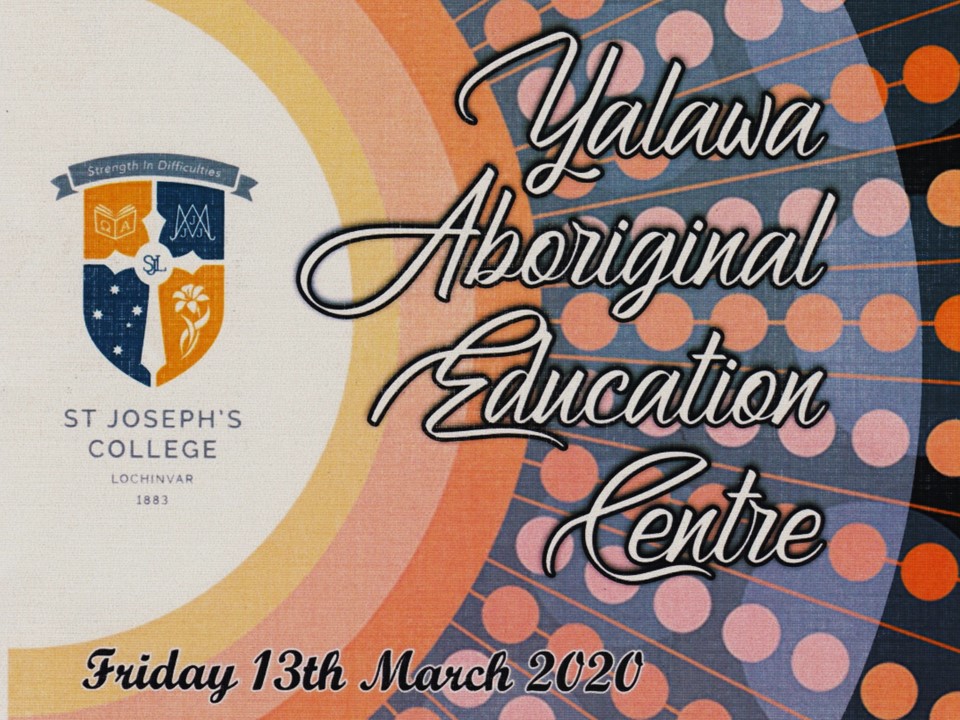 For the Sisters of St Joseph and the community of St Joseph’s College Lochinvar,  Friday 13 March 2020 was, in the words of the school principal, ‘an exciting and momentous day’.

In an impressive ceremony the Yalawa Aboriginal Education Centre was officially opened in rooms which had been built in 1893 as part of the Sisters’ first brick convent at Lochinvar.

Assistant Principal Mr David Crawford, introducing the liturgy, explained that the purpose of the Yalawa Centre as “an educational & cultural hub that brings together St Joseph’s College Aboriginal & Torres Strait students, from all year groups and differing Aboriginal nations from across Australia. Yalawa, meaning ‘stay and rest’, provides a dedicated space, where students can gather, seek support for their academic studies and wellbeing, discuss career pathway options, engage in cultural awareness activities and deepen their understanding of identity, kinship and country”.   Click here for full text of Mr Crawford’s introduction.

A dance group of indigenous students led the entrance procession and danced to the music of ‘Ancient Words’ as others set the sacred space. Click here for a short video

Louise Campbell-Price, who has been for many years Aboriginal Education Officer at the Catholic Schools Office, then shared with the students her own experience of being educated at the College in the 1980s when she was the only Aboriginal student.  A member of the stolen generation, Louise spoke warmly of her Scottish foster mother and the Sisters who taught her at the College, and of the encouragement they gave her to be well educated and to follow her dreams.  She spoke of Sr Paul as her first educator in Aboriginal culture, which began when Sr Paul called her to the library one day to show her the Aboriginal artefacts she had spread out on a table for her.

After proceedings in MacKillop Place concluded with the Year 9 Elective Music students performing ‘Tribal Voice’, the dancers, accompanied by student Rory on the digeridoo, led the guests to the former convent courtyard where the Yalawa Centre was officially opened in a ceremony led by Assistant Principal, Mrs Liz Stokes.

The waters collected from various parts of Country that represent the Aboriginal students of St Joseph's Lochinvar - from Cessnock, Branxton, Maitland, Morpeth, & Aberglassyn – were added to the fountain in the courtyard;  the traditional smoking ceremony was conducted by Jake Collins-Doherty;  Sr Lauretta Baker, Congregational Leader of the Sisters of St Joseph spoke on behalf of the Sisters; and the Aboriginal teachers and students pledged their commitment to uphold the legacy of the Sisters and to work for a just, equitable and reconciled Australia,

Mr Gerard Mowbray spoke of St Joseph’s College as having the greatest number of indigenous students in the Diocese.  After commending the College community for the impressive way it has been caring for its eighty-six indigenous students, Mr Mowbray unveiled a plaque and officially opened the Centre.

Guests were invited to inspect the new Centre and partake of refreshments in the Dilley Library.