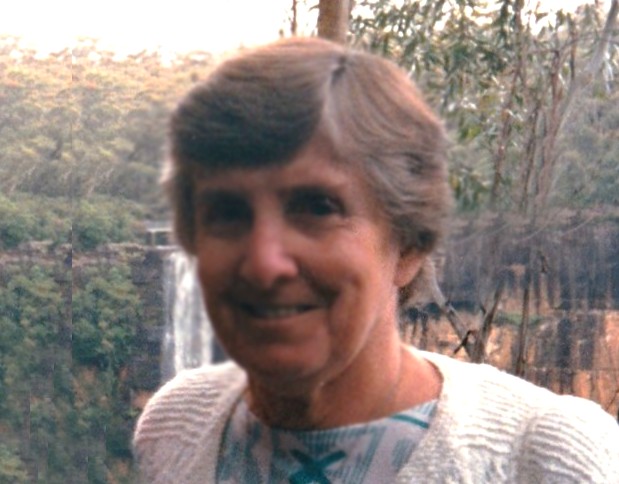 Celebration of the Life of Sr Marguerite Chapman

Many relatives, friends, former colleagues, Dominican and Mercy Sisters as well as members of her own congregation gathered in St Patrick’s parish church in Lochinvar on 28th March for the Funeral Mass and Committal of Sr Marguerite Chapman whose long life had been such an inspiration to many.  As the entrance procession moved towards the sanctuary, the refrain resonating through the church captured the essence of Marguerite’s life:

We are called to act with justice.

We are called to love tenderly.

We are called to serve one another

To walk humbly with God.

Sr Marguerite ministered in many places and in a variety of ministries during her ninety-six years as a school teacher, primary school principal, boarder mistress, branch house superior, member of the Congregational Leadership Council on three occasions, Assistant Congregational Leader, spiritual director and as parish pastoral care worker until ill health caused her to move to Southern Cross Tenison Apartments, firstly at Swansea and then at Caves Beach.  It was there that Sr Marguerite died peacefully and quickly on 24th March.  On the previous day a very moving Vigil was held to allow those who could not attend the Funeral Mass to feel included in her farewell, praying for her and sharing their memories of Marguerite.

Sr Marguerite was born Marie Chapman, the second of four children born to Christopher Chapman and Margaret Caddy in Merewether in 1922. Her two sisters, Patricia and Kath predeceased her and the youngest in the family, her brother, Michael was present as she breathed her last.  After completing her primary and high school education at St Joseph’s Merewether (The Junction) Marie entered the Novitiate at Lochinvar in 1942, was given the name Sr Marguerite and was professed as a Sister of St Joseph on 3 January 1945.

After her profession, Sr Marguerite ministered as a teacher of secondary and primary classes and as primary school principal in Taree, Port Macquarie, Shortland, Kurri Kurri, Lochinvar and Merewether.  She was elected to the Congregational Leadership Council in 1967, again in 1973 until 1978 and in 1986.  During this time she was also a member of the Council of the Australian-New Zealand Federation of the Sisters of St Joseph.

Her life changed when she went firstly to St Paul’s in Kensington to study scripture, theology and spiritual direction and then to Gonzaga University in Spokane, USA. On her return she worked with the Sisters of Mercy in their retreat centre in Toronto before opening, Anawim, the Josephite House of Prayer in 1981 at Wangi Wangi.   In her later years she was engaged in pastoral work in the parishes of Toronto (Kilaben Bay) and Windale until she moved to a quieter life in Swansea.

Following her death, Father Bob Searle presided at her Funeral Mass.  Fathers Maurice Cahill and Bill Burston were concelebrants. As Sr Marguerite was taken from the church, the congregation sang the refrain: Here I am Lord.  Is it I Lord? I have heard you calling in the night.  I will go Lord, if you lead me.  I will hold your people in my heart. How fitting were these words for one who had listened so intently and responded so wholeheartedly to God’s call all through her life.

On leaving the Church the funeral procession moved through a guard of honour formed by students from St Joseph’s College at Lochinvar.  Sr Marguerite Chapman was laid to rest in the Sisters’ section of the Lochinvar cemetery.  May she rest in peace.