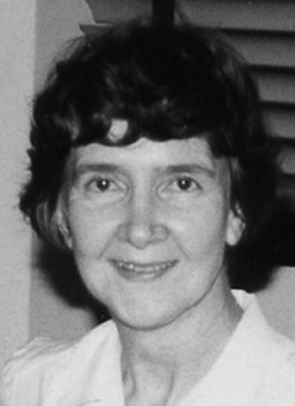 Anne Therese Callinan was born on 2nd March 1927 to James Callinan and and Mary Hartmann.  When Anne was born she had three older siblings, Leo, Betty & Marge.  Over the years Patricia, Reg, Mary, Jim and Karl were born into the Callinan Family.

Anne received her primary education at St Joseph’s School, Wingen and later came to Lochinvar to board, complete her Secondary Education and further her Music Studies.

Anne later entered Lochinvar Novitiate in December 1944, being given the name Sr M Raphael of the Holy Angels and joining eight other young Sisters who were later professed on 7 February 1947.

Then came many years of music teaching to the highest level, for Anne was a gifted woman especially in the ways of wisdom, intellect, musicianship, creativity, courage and practical living.

From 1947—1989 Anne taught music at Lochinvar, Largs, Wauchope, The Junction, Kurri Kurri, Cessnock, Merewether Beach, Muswellbrook, Gateshead and before retiring, once again to Merewether Beach. She was often responsible for Parish Choirs.

Anne’s years as a music teacher were very happy and enjoyable.  At Lochinvar she taught piano, violin, Musicianship as well as preparing choirs for Trinity College exams.  She also taught music in the Secondary School, including Music Honours for the Leaving Certificate.  With the introduction of the Wyndham Scheme in 1962 when every pupil had to take Music as a subject Anne taught the classes at Ordinary and Advanced Level.  Among Anne’s private pupils who did AMEB Music for higher school Certificate were students from Marist Brothers at Hamilton and Merewether High, some of whom gained Distinction in Musicianship due to her diligent teaching.  At Merewether she started a violin Suzuki Class which included a four year old.

In many ways Anne was a gentle person, unobtrusive, with a capacity to enjoy others. Her demeanour was rather unique as she wafted around, once describing herself, in a line taken from the psalms, as ‘a sagging fence and a tottering wall’.  Though she was famous and much-loved for her one-liners, she never laughed raucously and she never took the floor, rather trickling in and out of conversation.

In 1990 Anne had some renewal time at Baulkham Hills at the House of Spirituality.  Besides this she spent time doing a Spirituality Course from CTU at Hunters Hill.  Before her retirement and while living at Summer Hill, where she was part of the Hospitality Centre, Anne gained a Diploma in Counselling from Holy Cross College with St John of God Counselling Institute 1992—1993.

To describe Anne's relationship with God we can find no better words than her own: “I have tried to live believing and accepting God for real in my life. I haven’t had many Damascus moments or extraordinary faith experiences but I believe that being aware of the presence of God and the fact that He is there for me no matter what, is just as great an experience as any of these things – and this has really helped me through my days.”

In 2005 Anne retired to Holy Family Wing Lochinvar and of these days she wrote: “I lived with frustration, anxiety and stress for some time, due mainly to chronic and unpredictable heart problems and as a result an inability to do what I wanted to do. I took courage from the words of Father Julian Woods that 'in one day of sickness one can advance more in virtue than in a week or a month of health’. “

In December of 2014 Anne had a successful operation but unfortunately her health deteriorated and she was returned to Maitland Hospital where she was cared for so lovingly by the nurses and doctors until she peacefully died at 5.15 pm on 22nd, December.

Her brother Fr Reg Callinan presided at her funeral Mass in St Joseph’s Convent Chapel, on Saturday, 27th December, 2014,  before burial in the Sisters' section of Lochinvar Cemetery.