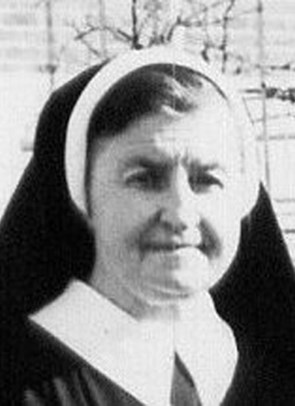 Anne Moylan was born at Branxton on 4 August, 1912 to John Joseph Moylan and Mary Fleming. Anne's brothers and sisters were Joseph, John, Eileen, Sheelah and Mary.  At the age of nineteen Anne entered the Josephite Novitiate on the Feast of the Sacred Heart, 12 June 1931 taking the name Sister Margaret Mary. Anne had been a Boarder at Lochinvar and proved to be a keen student and a practical and devout girl.

Prior to going to Lochinvar Anne had attended Dalwood State School for her primary schooling and, having won a State Bursary, came to Lochinvar where she did her Intermediate Certificate in 1925. From Lochinvar Anne went on to study at Newcastle Teachers’ College and received her Teacher’s Certificate in 1930. She was also awarded a Scholarship which she didn't accept preferring at this time to enter the Novitiate at Lochinvar in 1931. Mother M. Bernadette was her Novice Mistress.

Sister Margaret Mary was professed on 3 January 1934 and began her Apostolate of teaching in the Secondary Schools of the Diocese between 1935 and 1967. She taught at Taree, Lochinvar, Port Macquarie, Merewether, Belmont, Wauchope, Cessnock (Mt St Joseph’s), Gresford and Tuncurry.

A period of illness from 1967 to 1969 saw her recuperating at Gresford Convent. After convalescing for the two years Sister began to work with Sisters involved in the Motor Mission in Gresford, teaching Religion in State Schools till 1975. In 1976 she was appointed to Tuncurry as a school catechist. Sister excelled as a catechist. She loved the little ones and her delight was preparing them for their First Holy Communion.

It was in her spiritual life that her greatest perfection lay and her most loved devotion was the Rosary. Evidence of her striving for perfection was seen, even in her cooking where she delighted in making sponges which took prizes in the local Gresford Show.