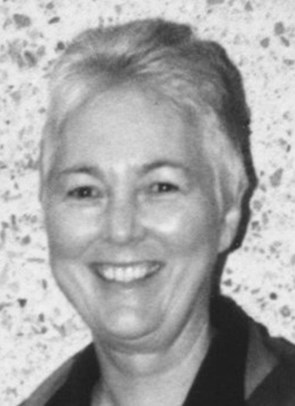 Sr Beverly Zimmerman was born, Beverly Ruth at Belmont, NSW on 6 September, 1942. She was the first child of John Henry Zimmerman and Doris May Morris.

Beverly entered the Sisters of St Joseph Lochinvar on 2 February 1960 and was professed as Sr Mary Madeleine of the Blessed Trinity on 1 August, 1962.

Beverly’s early years were spent in the joy of teaching Infant and Primary classes at Abermain [1962-64], Tuncurry [1965-70] and Kurri Kurri [1971] until the call for secondary school teachers became more insistent and she was called to Lochinvar in 1972.  There she commenced full time music teaching as well as study for her first degree at the University of New England in Armidale.  This was a time of great blossoming for Beverly as she found her gifts called forth in musical creativity that rippled out to her students who caught her enthusiasm, professionalism and delight in producing glorious ‘sounds of music’.

However, the need for more intense study found her engaged in full time academia in 1982 before taking further teaching in the new Secondary School at Aberdeen from 1983-5.  In these years Beverly’s gifts in the field of history came to full flower once again at the university in Armidale.  In 1987 she was appointed Secondary Religious Education Consultant in the Catholic Schools Office in Newcastle, working with teachers around the diocese who appreciated her generous sharing of her experience and gifts.

From 1992 Beverly became part of the House of Hospitality Community at Adamstown for the next eleven years, where with Sr Carmel Hanson she welcomed and shared a home with many homeless people. During this time, she was elected to serve on the Congregational Leadership Team taking a three month leave in 2000 to attend Heythrop College, London.  There she deepened her understanding of Religious Education and completed her major work, The Making of a Diocese which earned her a Doctorate in Philosophy and was published in 2000. In  2004, Beverly was appointed Chancellor of the Diocese where she served until Easter 2012.

Beverly became ill in 2003 and was diagnosed with an aggressive form of MS.  This was a debilitating condition that gradually worsened as the years passed. During her last years she lived in Lochinvar, Mayfield and Windale. Through the care of her Sisters and Community Support Workers from Catholic Care and Calvary Silver Circle Beverly remained at home until 23 May, when she was admitted to the Calvary Mater Hospice where she died peacefully at the age of sixty-nine on 26 May, 2012.

Sr Beverly’s Funeral Mass was celebrated in the Sacred Heart Cathedral in Hamilton before her burial in the Sisters’ section of the Lochinvar cemetery.

From the Words of Remembrance delivered by Carmel Hanson rsj