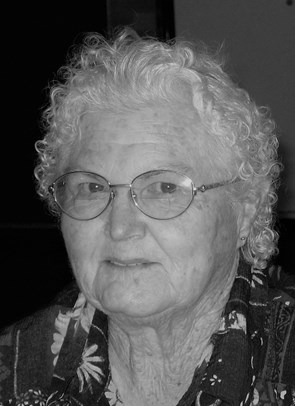 Catherine, the fourth child of Patrick Considine and Susan Jane Foley was born on 7 July 1926 in Raymond Terrace. She had two sisters, Anne and Mary and four brothers, Patrick, James, Francis and Thomas.  All predeceased her except for Frank and Tom. The family moved to Largs, a close-knit farming community not far from Maitland and grew up with the well known Catholic families of Crittendens, Tobins and Hobans.  Catherine’s schooling was with the Sisters of St Joseph, first at the primary school in Largs and then as a boarder at St Joseph’s College Lochinvar for her secondary education.

Just before her seventeenth birthday, Catherine entered the Novitiate at Lochinvar on 24 June 1943, taking the name of Sr M Austin of the Blessed Eucharist.  She was professed as a Sister of St Joseph on 23 January 1946. Then after completing her Leaving Certificate and teacher training, she embarked on her years of ministry, firstly as a teacher of Infant classes mostly in the schools of the Maitland-Newcastle Diocese and later as a pastoral worker in parishes and as a community support person.

During her years of active ministry Catherine lived and ministered in Lochinvar (3 times), Kurri Kurri (3), Dungog, Charlestown, Cardiff, Taree, Summer Hill (Sydney Archdiocese), Shortland (2), Merriwa (2), Morisset (3), Denman (2), Kendall, Wangi Wangi, Bulahdelah, Belmont, West Wallsend, Krambach and The Junction.  In the post war years when there was an influx of refugees to Cardiff, Sister Mary Austin (as she was then known) managed huge class numbers. Her love of poetry, art, craft and her skills as a teacher enabled her to meet the enormous challenge of that situation.

A very sociable person, Catherine had a zest for life and loved the natural world. In her later years, she delighted in her creative gift for painting, taking lessons in the art of watercolours.  She displayed her works, mostly of country scenes, birds and flowers, in local shows and won prizes at Newcastle Show.

In the last twenty years of her life, Catherine was dogged by ill health.  Despite her sufferings, she continued to love the visits from her family and Sisters and the outings organised by the aged care facility.  She felt keenly the loss of her siblings especially Anne and Sr Mary who too had become a Sister of St Joseph.

In 2011, Catherine moved into Southern Cross Mawson Court at Caves Beach.  It was there that she died on Friday evening, 25 May 2018.  Father Peter Street presided at her Funeral Mass in St Joseph’s chapel at Lochinvar on 31 May attended by her many relatives, friends and Sisters of St Joseph.  Sr Catherine Considine was laid to rest in the Sisters’ section of the Lochinvar cemetery.

Based on Words of Remembrance given by Jan Tranter rsj