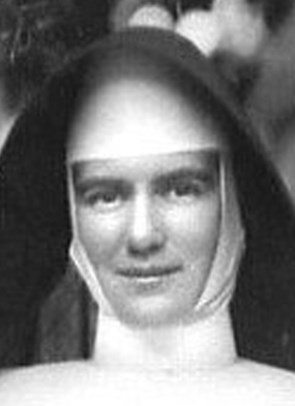 Catherine O’Neill was born in Taree, the daughter of Patrick O'Neill and Anne Hough on 18 September 1887. Catherine entered the Novitiate at Lochinvar on 9 July 1907 and was given the name of Sister Mary Clare. She was professed on 12 January 1910.

After Profession, Sister Mary Clare moved out to begin her ministry of primary school teaching in many of the branch houses of the congregation. During her long life she ministered in Lochinvar, Kurri Kurri, Largs, Aberdeen, Port Macquarie, Cundletown, Charlestown, Wingham, Taree, Carrington, Gresford, Newcastle and Belmont.

In 1943 she was elected as Bursar General of the Congregation which necessitated her return to Lochinvar and being involved in the administrative side of congregational life.

Sister Mary Clare was loved by all because of her warm interest in anyone who needed help. She is remembered by her Sisters of the congregation, her relatives and friends and by the many people among whom she worked for her unfailing kindliness and generosity.

Sister Mary Clare O'Neill died at Lochinvar on 24 May, 1970. Her Requiem Mass was celebrated in the Convent Chapel at Lochinvar by Rev. Father V. Dilley and Monsignor V. Casey preached the panegyric. She was laid to rest in the Sisters’ section of the Lochinvar cemetery.

Taken from the panegyric delivered at her Funeral Mass.