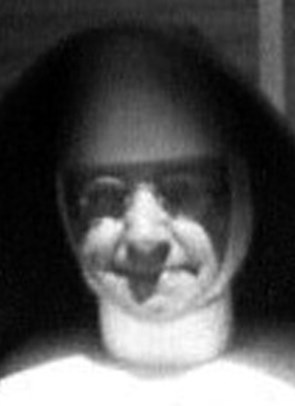 Catherine (Kitty) Tobin was born at Largs on 21 August, 1885 to Patrick Tobin and Catherine Maher. Patrick, a farmer and his wife, Catherine lived at Largs where they raised a family of nine children: three sons, Michael, James John and six girls, Norah (Mrs Brooder), Mother M Ligouri (a Brigidine Sister), Catherine and her sisters who all became Sisters of St Joseph at Lochinvar: Sisters Benignus , Monica and Celestine.

Catherine was only fifteen when she entered at Lochinvar on 25 March, 1901 and was given the name Sister Mary Anthony. She was professed on 7 January 1904. After leaving the Novitiate she taught the higher primary classes till 1952 at Aberdeen when she became a full time Administrator.

Mother Mary Anthony had been appointed to the Congregational Council on 15 April 1943 under the new Constitution approved by the Holy See in February 1942. She was re-elected Fourth Councillor on 19 April, 1949. When she left Aberdeen she was appointed to Merewether for a short time. However the death of Mother M Dorothea took her to Lochinvar to help in the Administration of the congregation till April 1966.

On Holy Saturday night in April, 1966 Mother Mary Anthony was involved in a road accident when returning to the convent from the parish church where she had celebrated the Easter Ceremonies. Mother Mary Mechtilde was killed in the accident and Mother Mary Anthony was seriously injured. She made an amazing and determined recovery but spent the next fifteen years in the Lochinvar Nursing Home where she became confined to a wheelchair before her death.

On the 19 June, 1981 Mother Mary Anthony died at the Lochinvar Infirmary eighty years after her entrance day. Her Requiem Mass took place in the Convent Chapel followed by burial in the Sisters’ portion of the Lochinvar Cemetery. Her sister, Sister Mary Monica had predeceased her on 2 December, 1969. Her two nieces, Sisters Clare and Florence Tobin, both Sisters of St Joseph were present with her other relatives and friends.