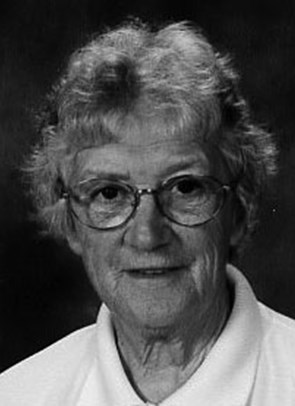 Clare Patricia Burgess was born in Merriwa on 11 July, 1926, the fourth child of Ambrose Edmund Burgess and Margaret Burgess, nee Cronin. Her siblings were Eily, Maria, Terry and Carmel. Her education began at Flight Springs Public School where she was noted for her academic ability. She continued her education at St Joseph’s Primary School Merriwa and as a boarder at St Joseph’s College Lochinvar. At the conclusion of her schooling she spent a year teaching at the Mercy High School, Parramatta, before returning to Lochinvar to enter the Novitiate where she was given the name, Sr Mary Joseph. She was professed as a Sister of St Joseph on 2 July, 1947 and then embarked on a life of service in the field of education as a secondary school teacher.

Her first teaching appointment was at Lochinvar. Others followed in Wauchope, Merewether and Wingham.  In 1967 she was appointed Principal of Rosary High School Taree and later at its new location in Chatham when it became known as St Clare’s High School. From 1973 to 1980 she was Principal of St Anne’s Senior High School, Adamstown, leading a staff of Religious Sisters and lay people.  During these years, Sr Joseph studied at New England University, Armidale, where she attained BA dip Ed, with distinctions in advanced Latin studies.

Sr Clare returned to her family name after the reforms of Vatican 11.  As a teacher, she displayed a great love of learning, her Latin studies having given her a deep interest in word derivations and exactness of meaning.

Sr Clare enjoyed two periods of renewal, the first at the Assumption Institute in Melbourne, in 1981/82 and later at Hawkstone Hall in Shropshire, England, where she delighted in the Scripture courses. In her latter years she worked in the library St Mary’s Campus, Maitland until her retirement in 2004.

Always a country woman at heart she had a great love of the land as well as a deep love of her family, often returning to Merriwa for holidays.  She had a calm and gracious manner, was always interested in people and respectful of them. As superior of Lochinvar community in the 1980’s, she showed unfailing hospitality to all who came.

In 2011 Sr Clare retired to Southern Cross Apartments at Caves Beach, where she received wonderful care until her death there on 15 August 2017 at 9.30am. A large congregation attended her Funeral Mass in the Convent Chapel at Lochinvar before she was laid to rest in the Sisters’ section of the Lochinvar cemetery.