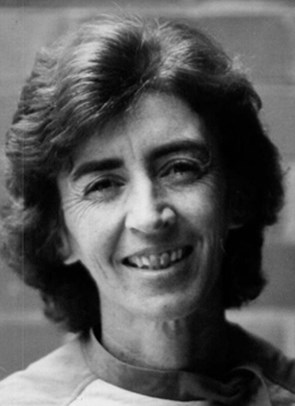 As a young woman at school, Colleen was a good friend, agile and keen at sport, quick witted, with something of the spirit of a fragile, "wild thing". Even then for Colleen, God and God's presence were very real.  After entering on 20 June 1952 she was given the name of Sr Philomena Marie of Our Lady of Fatima and made first Profession on 4 January, 1955.

She then taught in or administered schools in Taree, Cessnock, Dungog, Krambach, Wingham, Merriwa and Cardiff. Colleen was a most creative educator. She understood and enjoyed children and quickly gained their confidence and the love of both students and parents. She was an innovator, often doing things in a unique and, some would say, controversial way.

That "free spirit" remained. If something seemed right to do, Colleen did it, for she was not averse to "challenging the establishment" when she felt compelled to do so. She was a woman ahead of her time, always energetic and, with  twinkling eyes, loved a good story.

After twenty years in schools of the Diocese, Colleen volunteered to join the Josephite New Guinea Mission and went to Suain in the Sepik district of the north. She and Sister Mary Martina were the first of the Lochinvar Congregation to work in such a field, and this experience proved to be a watershed in Colleen's life. She was an enlightened missioner, developing quickly  a "missionary heart", finding in the people of the remote villages what she called a 'different face of God and of Church', and being converted again and yet again by this.

Fellow missionaries recall Colleen's commitment to the mountain people, her extraordinary rapport with them and her truly deep regard for them. One of her companions in Suain claims that nobody had given these mountain people the amount of time or the quality of time that Colleen gave. She would walk for whole days at a time, through swollen creeks and rivers and dense jungle in conditions we can hardly imagine just to reach them. Then she would live with the people in their own huts for a week or two or more at a time, before moving to another village.  With limited pidgin but with her creativity, her sense of good fun, her delight in story and dance she seemed to be able to enter into the very thought patterns of the remote village people in ways few Europeans could.

In between two periods in Suain, that is from 1984 to 1988 Colleen worked as a Parish Assistant at Toronto-Kilaben Bay and the people of that parish loved her. They saw Colleen as a wise woman, a natural, sincere woman of obvious humility. They recognised her extraordinary qualities as she equipped herself to administer courses which enabled people to heal themselves, to know and accept themselves and reach their full potential through personal development.

In December 1995 Colleen returned from Wewak where she spent two years helping to establish a House of Prayer. The 1995 program of activities there was staggering with Courses, Retreats and Prayer experiences for many different groups of both indigenous people and missionaries continuing almost uninterrupted for every month of the year.

On her return to Australia Colleen was flown to Sydney's R.P.A. Hospital for a liver transplant.  However after the successful operation her condition deteriorated and she died with her mother and family around her on 12 January 1996.

Her Funeral Mass was attended by many family members, friends, associates from various places, missionaries from Australia & New Guinea and the Sisters of her congregation. Her uncle Mons. Casey was one of the chief celebrants.  She is buried in the Sisters' cemetery at Lochinvar.