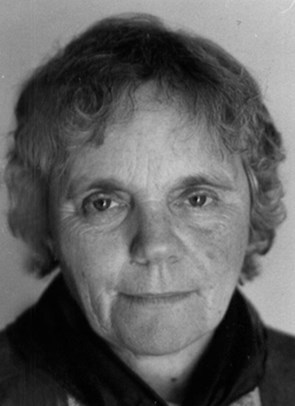 Heather Parmeter, born in Murwillumbah on 22 July, 1915, was the daughter of Francis Percival Parmeter and Ivy Casey. She was a sister to Norman, Hazel, Darrell, Ronald and Iris. Her father’s work took the family to various towns in New South Wales and Queensland but it was in Kurri Kurri that the family first came into contact with the Sisters of St Joseph.

Heather entered the Novitiate at Lochinvar on 26 July, 1934 and as Sr Mary Martha of the Precious Blood was professed as a Sister of St Joseph on 5 January, 1937.

Heather was an inventive and venturesome teacher, always willing to share her many gifts in arts, crafts and music. Her skill in crochet and tatting gained her awards at the local shows where she willingly participated in community events. It gave her great satisfaction to take on a challenge to meet the requirements of greater education gaining credit in the Higher School Certificate and exploring theology at the Mater Dei Institute, Manly in 1980.

In 1996 Heather became a resident at St Francis Village at Eleebana where she delighted in growing exquisite orchids that gave joy to all visitors. In December, 2002 Heather transferred to the Nursing Home at Sandgate where she was lovingly cared for until her death.

Sr Heather died very peacefully on Monday, 9 March 2009 in St Joseph’s Nursing Home at Sandgate. After the celebration of her Funeral Mass in the convent chapel she was laid to rest in the Sisters’ section of the Lochinvar cemetery.