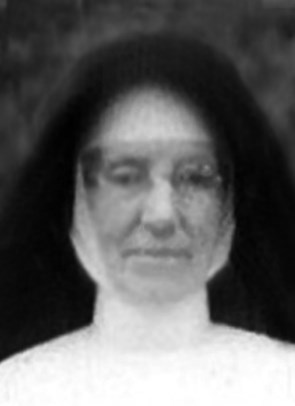 Ita O’Rouke was born in Binalong, a village in the Southern Tablelands of New South Wales on 13 April 1886 to Martin O’Rourke and Mary King. She entered the Novitiate at Lochinvar in 1901 and was given the name of Sister Mary Philomena.

After her profession in 1904, she served as a Sister of St Joseph in Lochinvar, Burwood (Merewether), Wybong, Brookfield, Glendonbrook, Krambach, Dungog, Denman, Cessnock (St Patrick’s), Mt St Joseph’s Cessnock, Kurri Kurri, Wingen, Swansea, Largs, Tuncurry and Kendall up to the day before her death.

Bishop John Toohey who presided at Sister Mary Philomena’s Requiem Mass spoke of her efficiency and thoroughness as a teacher and also of her life of love evidenced by her kindness shown to her pupils, their parents and the Sisters in her community. This love for others was expressed with a cheerfulness and courage that were remarkable throughout her religious life.

Following her death in the  Manning River District Hospital in Taree on 19 June 1968, Requiem Mass for Sister Mary Philomena was celebrated in St Joseph's Convent Chapel, Lochinvar. About thirty priests attended the Requiem. She was laid to rest in the Sisters’ section of the Lochinvar cemetery.