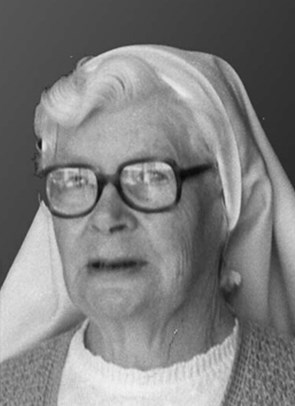 Josephine Cleary was born on 1st October, 1914 to Benjamin Joseph Cleary and Mary Catherine McCooey. There were seven girls and two boys in the family - Nell, Pat, Margaret, Marie, Elaine, Barbara, Josephine, Jack and Barry. Josephine was born in Boulder City, Western Australia but in 1919 the family moved to Merewether.

Josephine attended school at Merewether to 6th class. After leaving Primary School she attended Newcastle Business College and completed a course in Shorthand, Typing and Bookkeeping. The Depression was at its height and positions for inexperienced juniors were non-existent so she never used her knowledge gained until her year in Wingham where she taught art and commercial subjects in Secondary School as well as teaching Years three and four.  She spent a short time as a shop assistant before studying and sitting for the Nurses Entrance Examination and began Nursing at the Watt Street Mental Hospital. She had just arranged to do her General Nursing at St Vincent's Hospital in Sydney, when she decided to enter at St Joseph's Convent Lochinvar. Sister Mary Malachy Davoren encouraged her and was her inspiration in making this decision.

She entered the novitiate at Lochinvar on 28th December, 1938 and was given the name Sister Mary Peter Claver of the Holy Innocents.  After her Profession on 2nd July, 1941 she was appointed to Wingham. She also taught in Abermain, Aberdeen, Denman, Dungog, Gloucester, Krambach, Merewether Beach, Clifton Gardens, Belmont and Cessnock.

Early in 1984 Sister Josephine Cleary was diagnosed with terminal cancer and after a year of suffering died on 9th December, 1984.

Her Requiem was held in the Convent Chapel and she was laid to rest in the Sisters' section of the Lochinvar Cemetery.