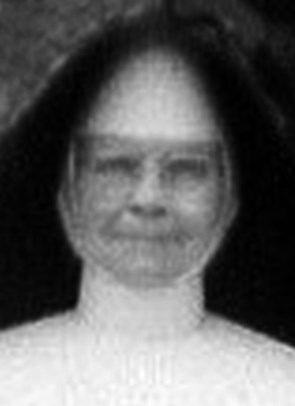 Lucy Moylan was born at Oakhampton, West Maitland to Thomas Moylan and Joanna McDonald on 4 August, 1880 three years before the Sisters of St Joseph arrived in the Maitland Diocese.

Lucy entered the Sisters of St Joseph at Lochinvar on 17 March, 1901 taking the name of Sister Mary Regis of St Joseph. One sister Brigid (Sr Mary Pius of the Holy Rosary) had entered on 2 February 1898 but had left the Novitiate on 23 June, 1898. Yet another sister, Annie Moylan entered 1906 but left the Novitiate after Reception on 2 July 1906 through ill health, leaving 23 March, 1907.

After Profession on 7 January 1904, Sister Mary Regis worked in many of the Branch Convents and Schools of the Diocese as a teacher of upper primary classes at Lochinvar, Burwood (later known as Merewether), Dungog, Krambach, Wybong, Largs, Kurri Kurri, Merriwa, The Junction, Aberdeen, Swansea, Carrington and Tuncurry. She was also Local Superior in some of these Houses including Merewether and Cundletown. She was appointed Sister Assistant on 27 June, 1926.

Sister was a bright and cheery person who kept her sense of humour till the end despite ill health and failing eyesight. Sister Mary Regis was also a member of the General Council for some years. She was full of fun and time very kind and thoughtful. When she was Superior at Aberdeen the boy Boarders loved her and referred to her frequently as "our Sister".

Sister Mary Regis Moylan was confined to bed in June 1977. Gradually she grew weaker, dying on 11 July, 1977. Requiem Mass was celebrated on 14 July in the Convent Chapel before her burial in the Sisters' section of the Lochinvar Cemetery.