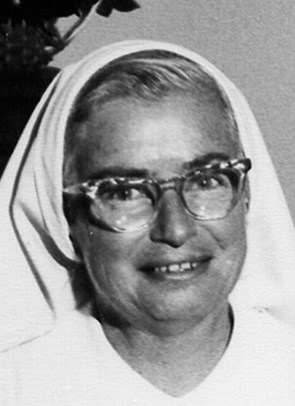 lris May Hopper was born at Hamilton in Newcastle on the 19 August, 1928, the second child of William Hopper and Edith Olive Field. She had a brother Athol and a younger sister, Bertha who predeceased her.  Agnes' father was a teacher and the family spent all of their early years in the Manning Region. At the time of Agnes's birth, her father was teaching at a one-teacher school in Cundle Flat, outside of Gloucester. She was born in Hamilton because her mother had gone to stay with her sister, pending Agnes’ birth. Agnes and Bertha were baptised together when Agnes was two years old, by the Congregational Union Church minister, "because he happened to be the first minister to come around.”

When the Hopper family moved from Cundle Flat, the numbers in the school fell below the required number so the school was moved to Dyers Crossing. Agnes loved nature, the land and animals. The freedom and naturalness of the bush were in her blood.  The family moved to Koribah and then to Old Bar, where Mr Hopper opened the first public school. Soon after their arrival he died when Agnes was in Second class. The family moved into Taree, where Mrs Hopper began teaching to support the family and Agnes went to Taree Primary.  When Mrs Hopper remarried in 1940, she and the two girls became Catholic as her new husband as a Catholic.

Agnes' junior secondary years were spent at Rosary High School, Taree, where she won an Intermediate bursary in 1943 and came to Lochinvar as a boarder in I944. In 1946 she was dux of the school, sat the Leaving Certificate and scored brilliantly, with a double first class Honours in Maths.

On 13 June, 1947 on the feast of the Sacred Heart, Iris Hopper entered the Novitiate at Lochinvar and became Sister Mary Agnes of the Sacred Heart of Jesus.  She was professed on 4 January 1950 and immediately began teaching in the Secondary School until 1960, when with Sister Anita, she went as a full time student to Sydney University to take a Bachelor of Science degree. As she had no Physics and Chemistry at Leaving Certificate level in I959, while teaching a full load at school, she studied these two subjects at Leaving Certificate level, sat the exams and passed brilliantly.

After six years at St Joseph’s High School in Merewether Agnes returned to Lochinvar first as Assistant Principal until 1983.  She then withdrew from any kind of administration and concentrated on her beloved teaching until not long before her death.  At that time, she moved between St Joseph’s and St Mary’s Campuses in the restructured All Saints College.

Agnes was a remarkable teacher. She loved teaching. She was naturally, extremely skilled in its art and she loved people. In 1989 she was named the Maitland Citizen of the Year for her contribution to the community. In the weeks prior to her death Sister Agnes was one of five recipients of the Bishops Inaugural Diocesan Education awards.

Sister Agnes Hopper, teacher par excellence and trusted friend died at Lochinvar on 28 March 1998 and after the celebration of her Funeral Mass she was laid to rest in the Sisters’ section of the Lochinvar cemetery.