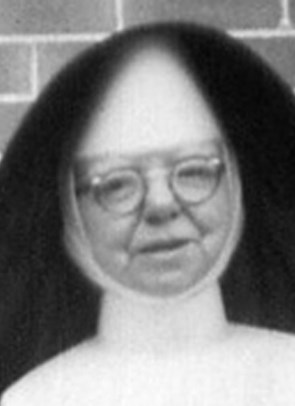 Brigid Gallagher was born in Krambach on 3 February 1882 to John Gallagher and Mary Moy. She was the eldest of their eleven children of five daughters, four of whom became religious Sisters and six sons. Theirs was a pioneering family in the north coast of New South Wales, well-known for being fine citizens in their local district as well as being people of great faith and piety.

Brigid joined the Sisters of St Joseph at Lochinvar before she was twenty and was given the name of Sister Mary Alacoque. Having completed her Novitiate, she was professed on 7 July 1902. She was later joined in the congregation by her two sisters, Catherine and Emily who were professed as Sister Mary Boniface and Sister Mary John. Another sister became a Carmelite.

Sister M. Alacoque spent the next sixty years giving her life in an undivided way to the education of children. She lived and worked in many convents and schools of the order – in Lochinvar, Wingen, Burwood, Carrington, Merriwa, Port Macquarie, Aberdeen, Denman, Brookfield, Charlestown, Wingham, Taree, Mt St Joseph at Cessnock and Gloucester. She was the superior in various convents. Her last office was as Superior of the Largs community until seven weeks before her death, when on account of ill-health she was admitted to the Mater Misericordiae Hospital at Waratah. Her case was diagnosed as fatal and after seven weeks of patient suffering and heroic resignation she passed away peacefully surrounded by some of her own Sisters and some Sisters of Mercy at the hospital on 10 August 1960. Her cousin, Rev. Patrick Bowe, CSSR recited the prayers for the dying and gave the last blessing of the Church.

Her mortal remains were brought to St. Joseph's Convent at Lochinvar and a Solemn Office and Requiem took place in the Convent Chapel on 12 August. Rt. Rev. Monsignor Peters, V.G. presided in the sanctuary. Over forty priests attended. The celebrant of the Mass was Rev. Patrick Bowe, CSsR with Rev. Luciano Bianchini, P.SS.C. as Deacon and Rev. J. Carson as Sub-deacon. Rev. B. McCosker was Master of Ceremonies

The interment took place in the Lochinvar cemetery. The pallbearers were four nephews of the deceased: Bert, Brian, Michael and Leo Gallagher.

Taken from the Lochinvar Magazine 1960