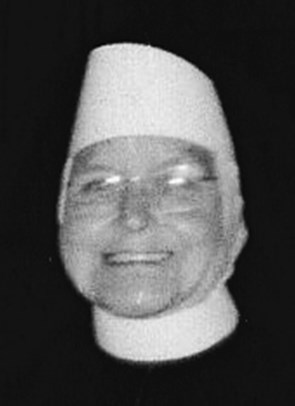 Mary Florence Carrigan  was born in Pineville near Crookwell on 25th March 1898 to Andrew Carrigan and Emily Maiden. Her only brother, Hugh, was killed in the Great War. She had two sisters, Sister Mary of St. Louis Bertrand, a Good Shepherd Sister in Melbourne and Mrs. Nell Hutchison, Sydney.

During the influenza epidemic which struck Sydney after the First World War Mary offered her services to care for the sick.  A trained nurse,she felt she had more to give to God and so at the age of twenty-seven she came to enter the convent at Lochinvar on 11 May 1925. She was given the name Sr M Annunciata of St Gabriel and was professed on 4 January 1928.

Her Sisters in religion remember her unfailing kindness in the Infirmary. For a time she exercised that same concern for others, this spirit of gentleness and cheerfulness in the schools at The Junction, Charlestown, Gloucester, West Wallsend, Cardiff, Shortland Aberdeen and Lochinvar. The result was evident in the children who were fortunate to come under her care.  At times she was called to the Lochinvar community to use her nursing skills looking after sick Sisters and in 1966 she was put in charge of the Rest Home at Lochinvar with eight Sisters as residents.

After a long and painful illness, borne with outstanding patience and fortitude, Sister Mary Annunciata died at the Mater Misericordiae Hospital at Waratah in the early hours of 24th December, 1968.  Life-time habits of care and concern for others were maintained during her last illness and as death came close her deep happiness shone through.

His Lordship, Bishop Toohey, presided at the Requiem Mass in the Convent Chapel and later at the burial in the Sisters' section of the Lochinvar cemetery.  As Sister's relatives were unable to be present at her Requiem on Christmas Eve, a Mass was celebrated on 26th July in the Convent Chapel for Sister Mary Annunciata by Rev. Father Dilley.  Present were her nephew, Brian Hutchinson, his wife and their two children and her niece Sister Mary Martina (Frances Hutchinson), a Good Shepherd nun.