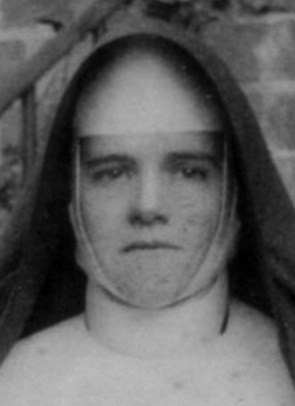 Mary Anne Dugan was born on 17 October 1846, the only daughter of John and Mary Dugan (nee Bowen) of the Paddington area of Sydney.

She entered the Sisters of St Joseph at the Vale Road, Perthville near Bathurst in May 1877 and was given the name Sister Mary Baptist of the Dolorous Heart of Mary. She was one of the four Sisters from Perthville chosen to make the foundation at Lochinvar in 1883.

When her term of office ended in June, 1893 Sister spent varying periods of time in the branch houses as well as Lochinvar. In July, 1900 she went to Glendonbrook and later to the new foundation at Wybong. Sister Mary Baptist was to spend the next ten years of her life at Wybong where she taught the Junior Classes mainly at Upper Wybong, travelling there each day by buggy. In 1912 Sister was again appointed to Glendonbrook and remained there for the next five years.

When she retired to Lochinvar in 1917, Sister Mary Baptist was a frequent visitor to the branch houses. At Lochinvar she could usually be found in the 'covered walk' which she kept in order. She loved children and in her declining years would invite the boarders to the covered walk and tell them stories. Some of her former Wybong pupils still remember her as "a witty little lady full of pranks" who delighted to play rounders with them during recess.

Sister Mary Baptist Dugan, one of the pioneers of the Congregation died after a short illness in the Infirmary at Lochinvar on 6 June, 1921 at the age of seventy-five years, thirty-eight of which had been spent as a Sister of St Joseph of Lochinvar. She was buried in the Sisters' portion of the Lochinvar cemetery after Solemn Office and Requiem on the 7 June, 1921.