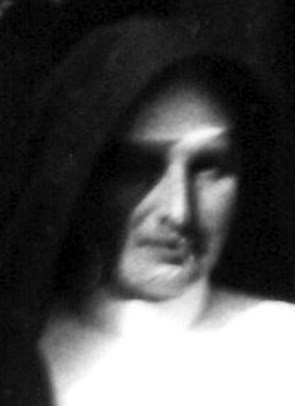 Ellen M. Heuston, was born on 14 July 1897 at Terri Hie Hie, a very small farming town in the Moree region of New South Wales. At an early age she came as a student to Lochinvar where the Sisters of St. Joseph trained her in music, for which she had a great talent.

Ellen entered the novitiate at Lochinvar on 10 July 1915 taking the name Sr M Benedicta of the Holy Rosary and was professed as a Sister of St. Joseph n 10 March 1918.

In the years that followed, she went from one convent to another - Dungog, Burwood Cardiff, Taree, Wauchope, Wingham, Largs and Gloucester - using the talents which brought her in close personal contact with individual scholars. Later she was appointed Superior of Gloucester Convent and died there with a heart seizure on the morning of 12 December 1960.

Sr Benedicta was a happy soul and she made the burden of others lighter by her cheerful example to make community life happy. The hospitality dear to the Sisters of St. Joseph was exemplified in Sister Benedicta. It was said of her, that while she practiced prayer and penance and the fear of God, she did not become presumptuous. She chose the right course and was a treasure in every community in which she lived.

The Office of the Dead was chanted by a choir of thirty priests and the Solemn Requiem Mass was celebrated at 10.30 a.m. on Tuesday, 13th December 1960. His Lordship presided in the sanctuary and the celebrant of the Mass was Rev. J. Jensen with Fathers Smyth and Cressey, Deacon and Sub-deacon. Rev. Fathers Flatley and Coffey were the Cantors and Rev. B. McCosker Master of Ceremonies.

The interment took place in the Lochinvar cemetery immediately after the Mass, the Bishop leading the cortege and the Sisters, relatives and friends following.