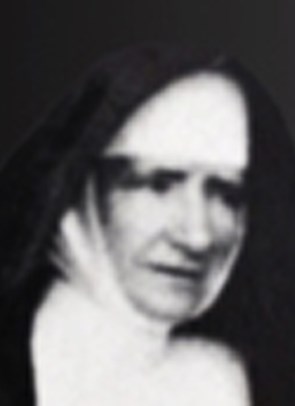 Catherine Mary Harkin was the daughter of James Harkin and Sarah Duffy. She was born at Tamworth on 12 May 1881 but soon after her birth the family moved to Newcastle where they were known in the Catholic community. We know that she had two brothers, Joseph and James and two sisters.

Catherine entered the Novitiate as Lochinvar on 15 August 1901 from Tighes Hill which was in the Hamilton Parish and was given the name of Sister Mary Colette. She was solemnly professed in 1904, so at the time of her death she was nearly fifty-four years a member of the Congregation.

Sister served in many convents of the diocese: at Dungog, Glendonbrook, Cundletown, Cessnock, Wybong, Merriwa, Brookfield and Denman but for the last twenty-four years she was attached to the Lochinvar convent. She was capable and painstaking in her work, prayerful and most faithful in all her duties. She had great devotion to the Blessed Sacrament and everything connected with the Church shown, over many years to the minute attention she gave to her responsibilities as Sacristan of the parish church: to the altar, the sanctuary and every part of the church.

After a short illness, Sister Mary Colette Harkin died at St. Joseph's Convent, Lochinvar on Holy Thursday, 7 April 1955. A private burial took place on Good Friday at 1.30pm. The funeral cortege was formed by the Lochinvar Community and the students of the College. Rev. Father Delaney officiated at the bier and the graveside and the pall­bearers were Messrs G. and C. Knipe, M. Perkins and Mr. Cormack.

Owing to Sister's death occurring in Holy Week, the Solemn Obsequies of the Church could not be carried out till Wednesday 21 April when the Right Rev. Monsignor Peters, V.G., P.A. presided and preached the panegyric in the absence of the Bishops. Office of the Dead was chanted by a choir by twenty- seven priests and the Solemn Requiem Mass was celebrated by the Rev. Father B. McCosker with Rev. Fathers Purcell and Cantwell, Deacon and Sub-deacon and the Rev. J. Delaney, Master of Ceremonies.