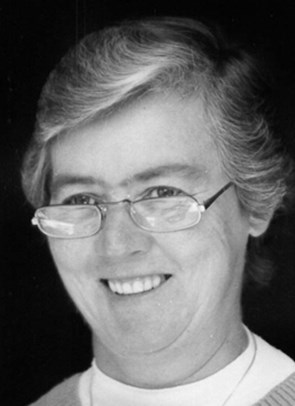 Rita Mary Driscoll was born at Merewether on 25th February, 1931 to Daniel Driscoll and Florence Brannigan. She was the middle child in the family consisting of her brothers, Leo who became a priest of the diocese and Paul who became a doctor. Rita attended St Joseph’s Primary School at Merewether. After gaining a State Bursary in Year 6 she came to Lochinvar Boarding School and gained her Leaving Certificate in 1947.

On 4th June 1948, Rita entered the Novitiate at Lochinvar and was given the name Sister Mary de Porres. She was professed on 3rd January 1951. During her time in the Novitiate she completed her Teacher Training and gained a Teaching Diploma. Also during that time, 1950-1951, she was appointed to Greta Migrant Camp as the Infants Teacher, travelling from Lochinvar each morning with the Sisters to Greta.

Over the next twenty-nine years Sister de Porres served in the role of Infants Teacher, Primary Teacher, Music Teacher and School Principal at Cundletown, Lochinvar, Wauchope, Merriwa, Belmont, Aberdeen, Shortland and Krambach. She was a much loved teacher who had a way of assisting students to fulfil their potential. She excelled in teaching children to read. She was also committed to the Rite of Christian Initiation of Adults and was involved in the liturgical life of the parishes where she lived.

During her time in Cessnock, de Porres received the National Excellence in Teaching Award for dedication to her students’ education. Half a century of dedication to Catholic Education was acknowledged by Bishop Michael Malone with an award for “Outstanding Contribution to Catholic Education” in 2011. Her service to the Cessnock Community was also acknowledged by Mr Joel Fitzgibbons in her Golden Jubilee Year of 2011.

With the closure of Cessnock Convent in 2010 Sister de Porres moved to the Calvary Care Apartments and continued her association with the St Patrick’s School. In 2012, as her health deteriorated, she moved to the Holy Family Wing at Lochinvar and in 2015 to Cooinda Calvary Aged Care at Singleton. It was there on 11 April, 2016 that Sister Mary de Porres died peacefully at 11.45am.

A large number of relatives, friends, colleagues, parishioners and former pupils as well as her Sisters attended in the Funeral Mass in the convent chapel for the repose of her soul. She was laid to rest in the Sisters’ section of the Lochinvar cemetery.