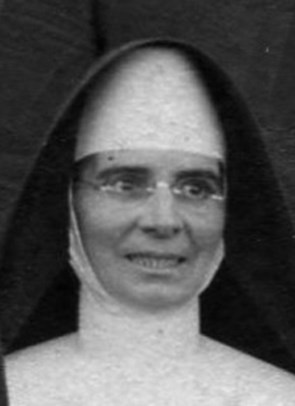 Elizabeth Barry was the daughter of Michael and Mary Barry (née Cotter) and the last of their three daughters who became Sisters of St. Joseph at Lochinvar. She was born in Maitland on 21 January 1873 and at the age of twenty-one became a postulant on 29 September 1894. She received the habit with Sisters Mary Cecelia Hillier and Benedict O'Shea on the 10 June, 1895. She was given the name of Sister Mary Dominic of the Holy Rosary.

Shortly after her Reception, Sister Mary Dominic was appointed to Cessnock for a few weeks before going to Dungog where she was located till early 1897. After her First Profes­sion on 10 July, 1897 she went to Merriwa with Sisters Mary Rose, Michael and Gonzaga. She remained in Merriwa till June, 1898 before going to Krambach.

Sister was destined to work, mostly in a domestic capacity in many branch houses and at Lochinvar in the forty-four years she spent in the congregation. Among the places in which she served were Merewether, Dungog, Wingen, Merriwa, Largs, Carrington, Aberdeen, Denman, Krambach and Lochinvar. Three times she was chosen by the Congregational Council to be a foundation member of a new mission: in 1912 at West Wallsend, 1913 at Port Macquarie and at Wauchope in 1928.

Sister Mary Dominic was of small stature and slight build. She worked in various convents and in many she looked after the boarders as well as the Sisters. It was written of her:

"Sr. M. Dominic's hidden life, deliberately chosen, held inestimable blessing for her Sisters in religion. She was kindness and charity personified, carrying those two inestimable virtues to heroic heights. Always somewhat frail, she succumbed in a few months to the malady that set her kindly spirit free." Sentinel 1938.

Her last appointment was to Merewether in 1935. In 1937 she became ill and after a short stay in the Mater Hospital in Waratah was taken to the Infirmary at Lochinvar. In 1938 as her health failed she was admitted to Mt. St. Margaret's Hospital at Ryde on the 30 July. She died there on 31 August, 1938 and was buried at Lochinvar on 1 September. Office and Requiem were offered for her and her sister, Mother Catherine Barry who died at Lochinvar on the 16 September, a fortnight after Sister Mary Dominic’s death.