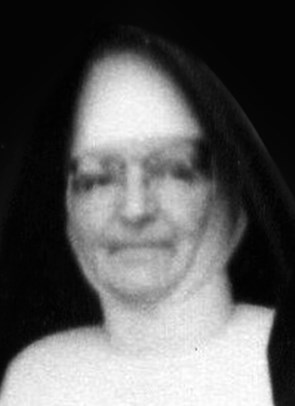 Catherine McMahon was the daughter of Michael McMahon, a mill manager and Mary McDonald and was born in 1892 at Milton on the South Coast. She was the second youngest in a family of seven, four boys and three girls. While Catherine was still young the family moved to Coolongolook on the North Coast where the children attended the local school. Later Catherine was sent to board at the Convent School at Krambach and it was here that the seed of a Religious Vocation, planted and nurtured in a wonderfully religious home, germinated.

This home of the McMahon's at Coolongolook was the home to the first priests who had to travel long distances to minister to the spiritual needs of the Catholic people.  With true Irish hospitality, this little Irish home gave them a welcome and a meal. It was no wonder then that a vocation came from the family.  On 6th January, 1913, Catherine entered at Lochinvar, was given the name Sr M Dympna of the Infant Jesus and was professed on 30th June, 1915.

For the last twelve years however, Sister was unable to take in the active works of the Congregation due to ill-health. Up till ten days before her death Sister was stationed at Krambach when she suddenly took ill and was brought to the Mater Hospital in Waratah.  Death did not seem imminent until she was seized with a cerebral hemorrhage which gave warning that death was near. She passed away peacefully on Sunday 16th December, 1962 as the prayers of the Church were being recited by the hospital Chaplain and the Sisters.

The obsequies took place at St. Joseph's Convent, Lochinvar on Tuesday, 18th December. In the absence of His Lordship, Most Rev. John Toohey, D.D., the Rt. Rev. Mgr. Forde, Vicar-General presided. Present  were Sister Mary Dympna's relatives and friends as well as the members of the community. After the chanting of the Office by a choir of forty priests, Holy Mass was sung by Rev. Father Heffernan with Rev. Dr. Driscoll (Deacon), the Rev. P. Ryan (Sub-deacon), and the Rev. B. McCosker (Master of Cere­monies). The Cantors were Rev. Father Hanrahan, Rev. Father Morissey (Belmont), Rev. Father B. Walsh and Rev. Father P. Williams.

The interment took place immediately after the Mass in the Lochinvar cemetery, the clergy leading the cortege and the Sisters, relatives and friends following the remains. The pall­bearers were Messrs. Brian Gallagher, G. Snipe, W. McFadgen, T. Burgess, T. Shannon and N. Baddier.