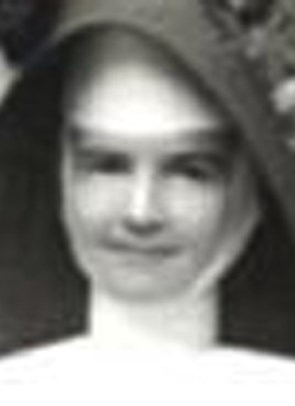 Margaret Treacy was one of the ten children of Thomas and Anastasia Treacy (nee Cronin) who were squatters in the Merriwa district.  It was there that Margaret was born on 13 November 1883 just two months after the founding of the congregation at Lochinvar. She entered St Joseph's Convent in Lochinvar on 10 June 1905 and was given the name, Sister Mary Marcellus of the Sacred Heart.  She received the habit with Sisters M Kevin McNamara and Antoninus Paul, who were also from Merriwa on 2 January 1906. In 1910, her younger sister, Mary also entered the convent at Lochinvar and took the name of Sister M Jerome.

After her novitiate at Lochinvar and Profession as a Sister of St Joseph with Srs M Kevin and Antoninus on 8 January 1908, Sister Marcellus remained at Lochinvar until the following July when she went to Cessnock as one of the community that staffed Cessnock, Kurri Kurri and Abermain schools.  When the Kurri Kurri Convent was opened in July 1909, Sr M Marcellus moved to Kurri from Cessnock whilst still teaching at Abermain, where she taught for the next nine years.

In January 1918 Sister was appointed to Aberdeen and during the following years to Largs as superior, Wingen and Aberdeen again from 1922 to 1925.  On 20 January 1926, Sister was appointed to Gloucester with Srs M Josephine, Clare and Cecelia.  She returned to Lochinvar with Sr Josephine because of illness.  Sr Marcellus remained at Lochinvar in the Infirmary until 3 June, when she went to Mount St Margaret's Hospital at Ryde.  Sr M Michael, Sr M Annunciata and her brother, Tim Treacy accompanied her.

Sr Mary Marcellus Treacy died suddenly at St Margaret's Hospital on 3 July 1926.  Mother M Evangelist and Sr M Jerome went to Sydney and returned with her body that evening. Her funeral, conducted by Fr McNamara took place the next day, 4 July at 4.00 pm in the Lochinvar cemetery.  Office for the Dead and Solemn Requiem Mass were offered for Sister on 7 July by Fr McNamara.  Her sister, Mary Jerome lived on to the grand age of one hundred and four years, dying in 1991.