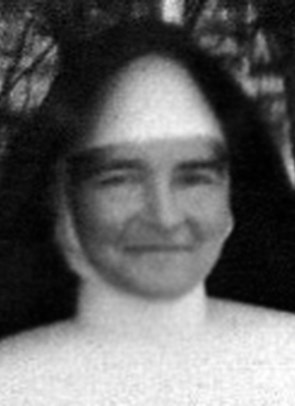 Sister Mary Margaret O’Keefe answered the Master's call, when on 29th January, a beautiful, peaceful death ended her long period (six years) of an extremely painful nerve condition.  Her sister Johanna, Mother M Bernadette entered at Lochinvar some years before her, in 1910.

Angela O’Keefe was born on 28 January 1857, the youngest child of the eleven children of Edward O'Keefe and Agnes (née Livingstone) of Merriwa.

Angela entered St Joseph’s Convent on 23 January 1915 taking the name of Sister Mary Margaret of the Immaculate Conception. She was professed 5 July 1917.

During her years of active ministry in both primary and secondary schools, she taught in Lochinvar, Taree and Aberdeen as well as Largs, The Junction, Wauchope, Carrington and Swansea.  Her pupils loved her wherever she was stationed.

Sister Mary Margaret  was invalided for years after being moved to the Infirmary.  On the day of her death she was visited by His Lordship the Most Rev Dr Toohey also by Rev Father Cronin.  Sister died in the Lochinvar Infirmary on Thursday night 29th January 1953 at 10.45 p.m. surrounded by her Sisters.

Her funeral took place on the Saturday morning at 9.00am.  Solemn Office and Requiem was celebrated on Wednesday 4th February in Convent Chapel at 10.30a.m. Rt Rev Mons Peters V.G. presided in the absence of the Bishop. There were twenty-eight priests present.  In his touching panegyric, Mons. Peters who knew Sister M. Margaret and her sister, Mother M Bernadette well, paid high tribute to the sterling qualities of Sister M. Margaret as a religious.