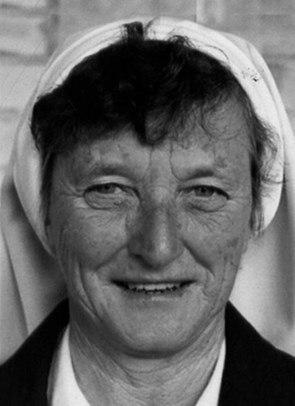 Bernice entered the Sisters of St. Joseph, Lochinvar on 8 December 1938, and as Sister Mary Martin of the Immaculate Conception was professed on 2 July, 1941.

Sr Martin taught Primary classes for a couple of years before moving to Secondary school in 1944. She spent 34 years at Lochinvar teaching and caring for boarders. In 1978, she moved to Taree as Superior of the convent and had her first experience of co-educational teaching at Taree Catholic High School. She was always very popular with the boys!

Generations of students blossomed under Martin’s warm friendliness and her calm, gentle approach to life. Her artistic skills and attention to detail were evident in the quality of her Dressmaking; her creativity and femininity in the finesse of her Home Science classes.

In 1984, Sister Martin moved to Muswellbrook, as Superior of the convent. She taught at St. Joseph’s High School, Aberdeen, and liaised with parents, on behalf of the school, for those students who were experiencing difficulty

She moved back to Taree, living now in the Cundletown convent, in 1998, caring for and visiting the sick, the lonely and the aged.

In 2003, Sister Mary Martin became a resident of Southern Cross Tenison Apartments in Swansea, and now in retirement, remained there until 2007, when she transferred to St. Joseph’s Nursing Home, Sandgate.

She died peacefully on Friday evening, January 8, 2010, aged 89 and is buried in the Sisters’ Cemetery at Lochinvar