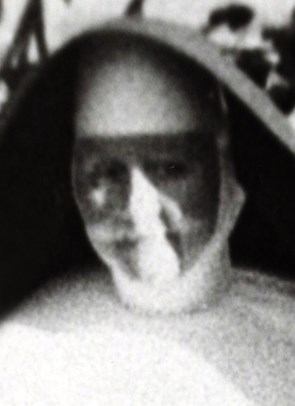 In preaching at her funeral Mgr Forde said that "Sister Mary Rita was a member of a very remarkable family, noted for its Catholicity, whose various members settled in the Krambach district. They were noted for their strong faith and devotion to the Mass, and God blessed them by calling many members to the religious life.  It was a good Catholic home, a daily Rosary home. It was due to the generosity of the Gallagher family that a Catholic school was established at Krambach in the early days despite great difficulties for the Gallagher family and for the Sisters of St. Joseph.”

Her apostolate was spread over the Diocese of Maitland in the various convents of the Order: Lochinvar, Largs, Cessnock (Nulkaba), Kurri Kurri, Cardiff (twice), The Junction, Aberdeen, Dungog,  Port Macquarie, Brookfield, Charlestown and Denman. A great part of her time was spent at the Boys' Boarding School at Aberdeen.

Trust and confidence in God was a notable trait in Sister’s character. Hers was a gentle soul, steeped in the love of God and His Blessed Mother and throughout her religious life of forty-nine years, she strove to win souls for God by this gentleness, forbearance and understanding. If an excuse could be found for an erring one, Sr Rita found it and many a young lad she taught in Infant classes declared he owed his deep faith to the lessons given him by Sr Rita.

On Tuesday, 3rd September 1963, Sr Rita died in the Mater Misericordiae Hospital at Waratah, as quietly and peacefully as she had spent her life. Although in failing health for some time, she had been up and about and was attending a Retreat when she suddenly took ill on 2nd September and was taken to the Mater where she died the following morning.

On Thursday, 5th September, a large number priests of the Diocese assembled in the Convent Chapel at Lochinvar to chant the Solemn Office and assist at the Requiem Mass offered for the repose of her soul. Right Rev. Monsignor Forde, V.G., presided in the Sanctuary. Celebrant of the Mass was Rev. Father D. Heffernan, with Rev. Father J. Woods and Rev. Father P. Brady as Sub-Rev. Father T. B. McCosker was Master of Ceremonies. The cantors were Rev. H. Fenton and P. Morrissey (Belmont).