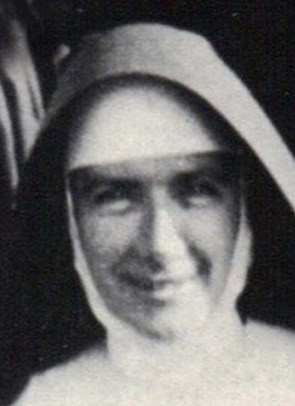 The daughter of John Joseph O'Reilly and Anne Long, Margaret was born on 9th March at Cobargo in the Bega Valley where her father was the chemist, a never-failing friend of the poor and the sick. This heritage of charity was strengthened as the family moved later to Dungog and then to Liverpool where the practical concern for others continued.

Margaret entered the Novitiate at Lochinvar on 22 May 1904, was given the name, Sister Mary Ursula and was professed on 2 January 1907. She loved music and shared this love with many others. She and Sister Mary Angela Baker, another great musician in the Congregation were very good friends. They shared a love of music and a thirst to learn more about it and spread their talent to others. Though she is mostly remembered as a teacher of music she never lost her interest in the work of the schools, especially the study of the humanities. This was another bequest she received from her home, a deep appreciation of literature and history. How she enjoyed meeting a person of similar tastes!

Sister Mary Ursula O'Reilly's Requiem was celebrated in the Lochinvar Convent Chapel on 17 April. Many priests and religious and lay people were present to pay tribute to a great religious who was ever mindful of the needs of others, especially those who had few to care for them. Hers was a long life of eighty-seven years dedicated to God.

The Funeral Mass was concelebrated by Rt Rev Fr V. Dilley, Rt Rev. Fr G. Flatley and Rev Fr R. Smythe. After speaking of Sister’s life of sacrifice, of co-operation with grace and courage and peace in the face of death, Monsignor Dilley offered sympathy to the relatives: her sister Miss Annie O'Reilly and her many nephews and nieces and nephews. Sympathy was offered also to the Community of the Sisters of St Joseph on the loss of a Sister, the sincerity and warmth of whose friendship they treasured and whose loyalty to Christ, the Church, her Congregation and to each individual in it was unquestioned.

Sister Mary Ursula was buried in the Sisters' section of Lochinvar Cemetery.