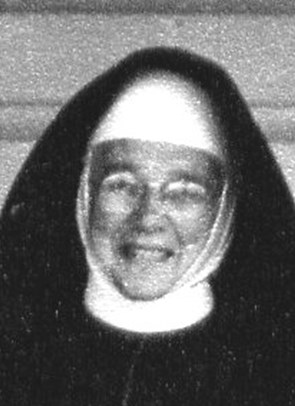 Born on 22 January in 1891, Margaret Miles was the sixth of the eleven children of William Miles and Mary Frank. When the Miles children were growing up, Father Foley the priest of the Steward’s River and Manning area helped the Miles children instructing and educating them in the practice of the faith. Margaret went to Cundletown then a boarding school for girls whence she graduated to Lochinvar where she entered the Novitiate in 1911 and was given the name of Sister Mary Felix. She was professed in 1914.

As a Sister of St. Joseph, Sister Mary Felix taught in many of the St. Joseph's schools of the Diocese: in Lochinvar, West Wallsend, Carrington, Kurri Kurri, Abermain, Brookfield, Cardiff, Gloucester, Krambach, Mt St Joseph’s in Cessnock and Swansea. She had a special talent and a great proficiency as a teacher. She helped many of her companions to become better teachers. Her ready love of the Sacred Scriptures was evident especially in her Christian Doctrine classes. Though quiet and reserved she had great influence on all who came in contact with her.

On 3 August 1966, Sister Mary Felix Miles died at St. Joseph's Convent, Swansea, after an illness of only a few days. Her death, though rather sudden, was not unexpected as she had been in indifferent health for some time. She had the consolation of receiving the last rites of the Church and being conscious right to the end.

Her remains were brought to St. Joseph's, Lochinvar and the Office and Solemn Requiem were celebrated on 5 August after which the interment took place in the Lochinvar cemetery.

His Lordship Most Reverend John Toohey presided in the sanctuary and His Lordship preached the panegyric. The clergy chanted the Divine Office and the Sisters' choir sang the Mass for the Dead. The celebrant of the Mass was Rev. Father Brian Walsh, with Fathers H. Campbell and T. Sylvester Deacon and Sub-Deacon respectively.

Excerpts taken from the panegyric preached by Bishop John Toohey