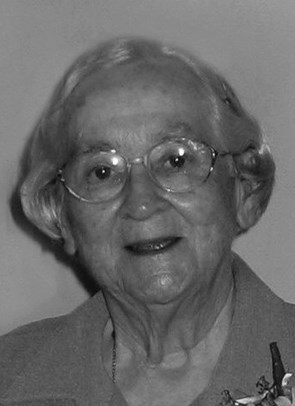 Noelene Mary O’Neil, born on 13 March 1926 in Cessnock, was the first-born child of Desmond Patrick O’Neill and Annie (Nance) Millwood.  In the following years, the family grew as two sisters, Monica Therese (Tess) and Barbara Anne and two brothers, Patrick Desmond (Pat) and James William (Jim) joined Noelene who always took seriously her role as the eldest in the family.

In later life, she wrote about growing up in Cessnock in the 1930s:   My dad was a haulage driver in the mine. Mum ‘kept the home fires burning’. My parents often found it hard to make ends meet especially during the Depression years. They often went without, themselves, choosing to attend first to the needs of their five young children.

Noelene started school in 1933 at Mt St Joseph’s in Cessnock before moving to St Patrick’s School when it opened on Wollombi Road in 1937.  For Secondary School Noelene travelled by bike and train to St Mary’s, the Dominican Sisters’ school in Maitland, leaving home each day at 6.30 and not returning until 6.30pm.

Noelene’s desire to teach children living in the country brought her to the Novitiate of the Sisters of St Joseph at Lochinvar on 16 June 1944.  She was given the name, Sister Mary Bernadette of the Sacred Heart and after her Profession on 7 January 1947 she began her ministry as a primary school teacher and later, as principal in the dioceses of Maitland-Newcastle, Lismore and Sydney.

Her first appointment was to St Joseph’s School in The Junction, very different from the country school she had envisaged. However as time went on, she served in many country schools: in Gloucester (her first school as principal), Cundletown and Wauchope.  She served also in Charlestown (three times), Clifton Gardens (in Sydney), Belmont, Swansea, Lochinvar (twice), Cessnock and Kurri Kurri where her teaching ministry of forty years came to an end.

After participating in a renewal course at Baulkham Hill in 1988, Sr Bernadette moved into parish ministry as Pastoral Associate in Kurri Kurri and remained in that position for the next twelve years. She dearly loved being involved in parish life especially in the RCIA. She wrote: What an enriching experience it turned out to be! I shall always remember those dear people who became so much a part of my faith journey and allowed me become part of theirs.

Whether she was teaching in the schools, in pastoral ministry or semi- retired, Sr Bernadette was hospitable, gracious, respectful and always supportive of the priests in the parishes.  In 2001, she retired from active ministry, and returned to Charlestown for the third time. This enabled her to reconnect with generations of people she had known and taught in the past.

Because of declining health, Sr Bernadette returned to Lochinvar in 2007. There she was a valued member of the community until October 2016.  When it became apparent that she needed more care, she became a resident of the Mercy Aged Care facility in Singleton where after a short illness, Sr Bernadette died very peacefully on 21 February 2018.

Many relatives, friends, former parishioners and as well as her Sisters attended Sister Bernadette’s Funeral Mass in the chapel at Lochinvar on 28 February before she was laid to rest in the Sisters’ section of the Lochinvar cemetery.

Based on the Words of Remembrance given by Sr Brigid Linehan rsj at her Funeral Mass.