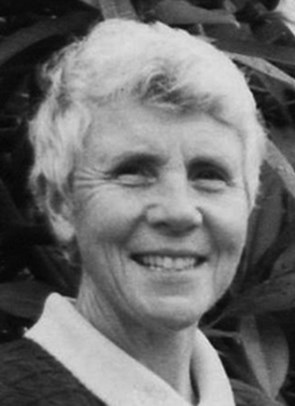 Mary Margaret Dunn was born in Broken Hill, NSW on 10th June 1938, the second child of William McMahon Dunn & Aileen Brigid Sharpe. She had two brothers, William and Paul who predeceased her. Her mother, Aileen worked as a teacher in the State schools, and William her father, was a cartoonist for the Barrier Miner. However, as William’s eyesight progressively failed, the family moved to the Central Coast where there were relatives and a Josephite primary school in Gosford for the children.

Mary’s parents were totally immersed in Catholic parish life and the children were involved, as far as practical, in their parents’ endeavours to further the life of the parish, be it the preparation of children for the Sacraments or the Housie fundraiser to raise money for a new church. She had aunts and cousins in both the Mercy and Josephite orders.

Having obtained a State Bursary, Mary attended St Joseph’s College, Lochinvar where she was at the forefront of activities scholastic, choral, dramatic and sporting. Mary loved sport and really excelled in it. She became a leader of the willing, as others were easily charmed by her extrovert personality and genuine interest in them.

Mary entered the Sisters of St Joseph, Lochinvar on 1 January 1956 and was professed on 5 August 1958 as Sr Marie de Lourdes. The sudden death of her own mother only a short time after she entered, and the loss of her father a few years later, were events that Mary endured stoically although they  affected her deeply.

After Novitiate and teacher training, Mary taught primary classes at Gloucester before moving to Secondary Schools at Merewether, Belmont, Port Macquarie, Merriwa, Lochinvar, Aberdeen and St Mary’s Gateshead where she was Principal for three years. She was a gifted, enthusiastic, creative teacher although her health in those early years was seriously affected by undiagnosed coeliac disease.

In 1980 Mary moved to New Zealand as part of the exchange program set up by the Australian-New Zealand Federation of the Sisters of St Joseph to teach in the Secondary School at Whanganui. While returning to Lochinvar for a few years, Mary then requested to join the Whanganui Congregation where she remained for the next ten years, living and working among their Sisters in their ministries in Puhoi, Levin and Taihope. From 1989-1993 Mary worked on a Motor Mission with the rural communities in the Waimarino area where with her cheery campervan presence and knowledge of government resources, she became counsellor, budgeter, spiritual guide and friend to many in isolated rural communities.

Mary returned to Australia in 1993.  After a few months spent at the Wangi House of Prayer, then at Mayfield she organised a motor mission apostolate for the Upper Hunter area, visiting remote families as they struggled with drought and other issues burdening them. Her work was greatly appreciated and she was recipient of a number of highly significant community awards.

Although her innate courtesy and interest in others remained strong, Mary’s health and vitality gradually deteriorated and having experienced loving care from her Sisters at Merriwa and Lochinvar, then at Cessnock Calvary and St Joseph’s Home Sandgate, Mary’s spirit left peacefully on 20 February 2015.  After her Funeral Mass in the convent chapel she was laid to rest in the Sisters' section of the Lochinvar cemetery.