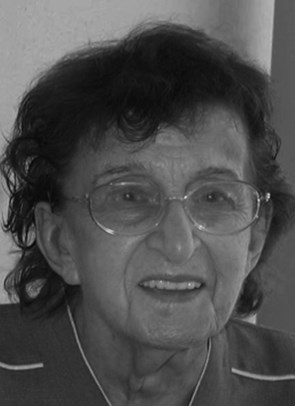 Miriam Nicey was born in Muswellbrook on 1 February 1906, the third of four daughters of Louis Nicey and Fameah Basha. The family was living in Denman at the time where her father was a small businessman, a storekeeper. Both Miriam's parents were born in Lebanon and worked hard to establish their business in country Australia and support their family of Del, Ada, Miriam and Lyle.

Miriam, aged twenty-four and her sister Ada entered the Novitiate at Lochinvar on 6 January 1930 in the midst of the Great Depression and as Sister Mary St Luke and Sister Mary Mark were professed together on 6 July 1932.

During her long life Miriam was blessed with an alert and enquiring mind and maintained a great love for and strong interest in the life of the Congregation and its members. She was a creative, artistic woman with an artist's sense of colour and style.

Over the years, Sister Miriam taught primary classes and was school principal in Kurri Kurri, The Junction, Taree and Summer Hill. She taught secondary classes in Taree and Gateshead and was music teacher at Lochinvar, Gateshead, Merewether Beach, Summer Hill, The Junction and Windale and until the last year of her life at Burwood where she lived with her young sister Lyle assisting with the care of her oldest sister, Del.

Just a month before her death Sister Miriam Nicey was moved to the Ezechiel Moreno Nursing Home before being transferred to the Concord Hospital where she died peacefully on 5 August 2008 at the age of 102. Her funeral Mass was celebrated in the convent chapel at Lochinvar on 12 August and she was laid to rest in the Sisters’ section of the Lochinvar cemetery.