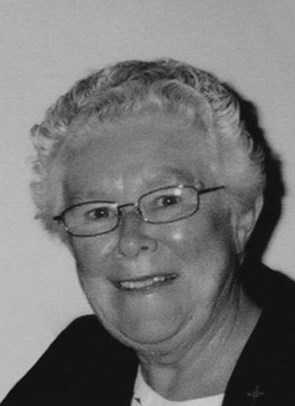 Norah Winifrid Creigh was born on the 16 June, 1932 in Kurri Kurri to Thomas Creigh and Margaret Donohue. Both had migrated from Newcastle-on-Tyne.  Norah was a sister to big brother, Aidan. Three more children were born to Tom and Margaret, Margaret Therese at Kurri Kurri and Mary Cecilia and Thomas Brian when the family moved to West Wallsend after the birth of Margaret.

Norah started school at four and a half at the St Joseph’s Primary School, West Wallsend run by the Sisters of St Joseph of Lochinvar. Her lifelong love of music was born there as she received piano tuition.  This love led her to participate in choirs as well as teach herself to play guitar, organ, trumpet and mouth organ. Her secondary schooling was at St Joseph’s Merewether which meant a lot of travel each day: by bus to Wallsend, then tram to Union Street and finally another tram to The Junction.

After leaving school in June 1948 Norah worked for three years at the Co-operative Store in West Wallsend. Feeling the call of a vocation to serve God as a Sister of Saint Joseph of Lochinvar, Norah entered the Novitiate on 1 January, 1951.  She was given the name of Sister Mary Malachy and was professed on 1 July 1953.   In the Novitiate Norah went back to secondary school to resume study for her Leaving Certificate. After her profession as a Sister of St Joseph, there followed a year of teacher training, which involved work experiences, each of a month’s duration at Charlestown and Kurri Kurri, before receiving her Teacher’s Certificate.

Norah’s first teaching appointment was to Summer Hill in 1955 to be followed by appointments to The Junction, Lochinvar where she taught upper primary as well as being Principal and Year 7 Boarder Mistress and to Cessnock where she was also Superior of the convent. In 1976 Norah was appointed by the Congregation to the Catholic Education position of Supervisor for Primary Josephite Schools in the Maitland Diocese as well as Port Macquarie in the Lismore Diocese and Page School in the ACT. During these years she lived out of a suitcase, while based in Lochinvar, Shortland, Merewether Beach and Belmont.  From 1978 to 1982 she was also a member of the Congregational Council.

After the completion of her supervisory role, Norah was again assigned to a school role as a non-teaching principal in Taree and Merewether, before having a renewal year in 1987. At this time she had major heart surgery in the Royal North Shore Hospital. Upon her recovery she embarked on a new ministry – that of pastoral care firstly in the housing estate at Booragul, then at the Wangi Prayer House and the Nursing Home at Lochinvar from 1990-1992.  Appointments followed to Tuncurry, Port Macquarie and to New Lambton where the Hunter Carers had a group home for people living with disabilities.   From there she moved to Krambach, Mayfield, Gateshead, Cessnock, Kurri Kurri and finally to Windale.  While living in Windale, Norah continued to minister to the Sisters in Aged Care facilities.

On 18 August, Norah was taken to Lake Macquarie Hospital at Gateshead where she suffered a heart attack and died on 20 August 2016. Her death was sudden and came as a great shock to those who knew and loved her.  After the celebration of her Funeral Mass in the convent chapel Sister Norah Creigh was laid to rest in the Sisters’ section of the Lochinvar cemetery.

Taken from the memories of her sister,  Cecelia Creigh rsj