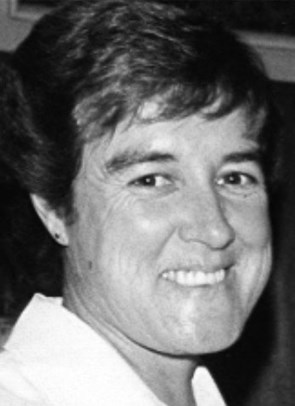 Patricia Jackson (known as Trish) touched many lives from the moment of her birth: her parents, Thomas Jackson and Mary Clarke to whom she was born on 19 March, 1943 and her siblings, Beverly, Eileen (deceased), Ann, Richard and Colleen.

Trish attended St Joseph’s School at Cardiff and went on to St Joseph’s Secondary School in Merewether, completing her Intermediate. Instead of completing her Secondary Years at St Joseph’s Lochinvar, at the age of fifteen she entered the Novitiate of Sisters of St Joseph at Lochinvar on 2 February 1959 and received the name Sr M Perpetua of the Mother of God.

In the next three years she not only prepared for a life as a Religious but for a life of teaching as she completed her Leaving Certificate and Teacher Training. After her Profession on 1 August 1961, Trish entered into her years of mission with great enthusiasm, displaying a high degree of creativity and love for those she taught and those with whom she taught. This enthusiasm was evident in the many activities in which she was involved - in her life and in the schools in which she worked at Port Macquarie, Taree, Forster/Tuncurry, Swansea, Shortland, Gloucester, Merewether and Edgeworth; working in pastoral care with AIDS sufferers and work at St Patrick’s Primary School Wallsend.

Trish welcomed the opportunity to complete a Renewal Year at Baulkham Hills in 1989 and in 1992 upgraded her teaching qualifications at Signadou Dominican Teachers’ College in Canberra while living in a Josephite Federation community at Lyneham.

Trish loved her teaching and anything to do with the schools. Up to a couple of months before her death she was still involved, giving generously of her time to assist the staff, pupils and parents at St Patrick’s Wallsend where she had previously been a pastoral care worker, showing great empathy for those she touched in this caring ministry. In 2009 she was presented with the Monsignor Frank Coolahan Award in recognition of her care and selfless giving to the life of the school and community.

She had a special love for the extended families of her siblings, the Sisters in her community and those in her professional life who were privileged to be close to her and appreciated her creative talent and warm ready generosity.

Trish’s death came very suddenly on 23 October, 2016.  The swiftness and unexpected nature of it shocked all who knew her– but that was Trish: she liked to get in and get things done if they had to be done. There were no half-measures. Her patience would have been sorely tried by a long drawn-out illness.

Her funeral took place on Wednesday 2 November 2016.  After a joyful celebration of her Funeral Mass in the convent chapel she was buried in the Sisters' section of the Lochinvar cemetery.

From Words of Remembrance prepared by Sr Margaret Anne Geatches