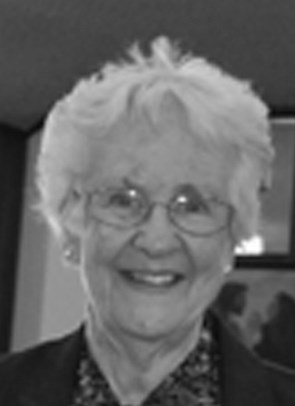 In the third year of her secondary schooling Ruth went to board at St Joseph’s College in Lochinvar.  Ruth had a connection with the Sisters of St Joseph because as a child she had met her mother’s great aunt, Sister Mary Patricia Boland who had entered the Convent at Lochinvar in 1903.  Besides her academic subjects Ruth learnt piano and singing and was a member of the College Choir. Throughout her life music was to be her lasting joy.   After gaining her Leaving Certificate in 1951, she entered the Novitiate at Lochinvar the following year and she was given the name of Sister Mary Aquinas.  She was professed in 1954 and was sent on her first appointment to Merriwa in the Upper Hunter where she taught infant classes.

From Merriwa Sister Ruth went to Belmont where she taught lower primary classes before being appointed principal at the parish schools in Charlestown, Cundletown and Largs.  From 1966 Sister Ruth was appointed to secondary schools at Bulahdelah, The Junction, St Mary’s Gateshead and Lochinvar. During 1979 and 1980 she lived at Shortland while upgrading her teaching qualifications at Newcastle University. After successfully completing her studies she was appointed to the Catholic High School at Port Macquarie and St Joseph’s Secondary School at The Junction.

Her life took a different turn in 1986 when Sister Ruth was appointed Congregational Secretary before enjoying a year of renewal at Turramurra in 1992. She then went back to school as a pastoral worker at St Paul’s Secondary School, Booragul while living in the convent at Kilaben Bay, before taking on the hospitality role at the Summer Hill convent in Sydney. While providing for the needs of visiting Sisters she also found time to work at the Asylum Seekers Centre in Surry Hills and at the Mercy Refugee Service at Lewisham.  Ruth was an active member of St Patrick’s Parish assisting in the liturgies and as a valued member of the Parish Choir. While there she embarked upon a time of spiritual renewal, travelling to Ireland and participating in a course at All Hallows College, Dublin and a retreat at Glendalough.

In 2010 Ruth retired from active ministry in Sydney and went to live in Adamstown. From there, as her health deteriorated, she moved to the Sisters’ Community in Mayfield until her illness progressed so rapidly that she was admitted to the Calvary Mercy Hospice in Waratah on 15 May, 2015. After a few weeks Ruth was transferred to St Joseph’s Home at Sandgate before being re-admitted to the Hospice on 31 July.

On 2 August, 2015 Sister Ruth Boland’s very full life came to an end when she passed away suddenly while Sisters were visiting her. She was laid to rest in the Sisters’ section of the Lochinvar cemetery following her Funeral Mass celebrated in the convent chapel at Lochinvar.