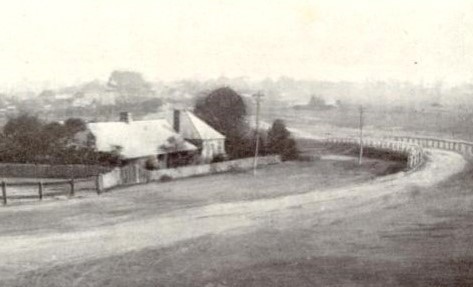 Today in the pandemic many people are seeking markers in their lives, seeking to find the way ahead. Former markers have gone with the loss of much that was taken for granted.  People cannot gather with family and friends. People cannot travel to places that help them locate themselves in the world; places that help re-orient their hearts and lives. People have lost security, often lost work. We are stripped down to who we are, on our own, where we are.

We think of the four young Sisters arriving at Lochinvar in September 1883. They also had lost the markers in their lives.  The Sister Guardian (Sister in Charge), Sr Joseph Dirkin was twenty-four. Born in Ireland, she grew up in the Central West region of New South Wales from her infancy. The Tichborne-Parkes area was her home until she went to Perthville. Sr Baptist Dugan, the eldest in the group, was thirty-six. Born in Sydney, she lived there till she went to Perthville after meeting Father Woods.

Sr Imelda Flood, the youngest of the group at twenty-one came from Blayney also in the state’s Central West region. Sr Aloysius Cahill emigrated from Ireland as a teenager and joined family members in Brisbane. After meeting Father Woods there she came to Perthville.  She was twenty-two.

The one uniting experience for the four young women was Perthville, the community of Sisters there, the centre of their many outposts in Bathurst diocese. It was the thriving, living hub of their Josephite world. Their world.

Leaving for another diocese, they were leaving all their markers. They were not going to see Father Woods again. He used call at Perthville and the little country convents when nearby but he had left Australia for work in Asia when they left Perthville.

They were going into the unknown. They were going into the Hunter Valley far removed from the state’s central west. They did not know Lochinvar nor did they know the people. They only had each other and their shared commitment to live the life they had taken on, the Josephite way of life. They also had, but still to be experienced, the welcome of the Lochinvar people.

On joining the Sisters at Perthville, Annie Dirkin was given the name, Ambrose. However, Father Woods had instructed that a Sister in each new diocesan foundation be given the name Joseph as a sign of placing the venture in the care of St Joseph, so Sr Ambrose became Sr Joseph.

In this year which Pope Francis has dedicated to St Joseph, we look anew to this saintly, hidden working man. In his letter, Patris Corde, A Father’s Heart, Pope Francis calls us to reflect on the fatherly heart of Joseph. He wrote of the countless people, in this pandemic, who like Joseph, carry on essential work that is often not recognised. Joseph had to leave all his markers in his responsibility for Mary and Jesus.  His life changed radically, but in all circumstances he was faithful. He loved and cared for Mary and Jesus, cost what it may.

During this pandemic we look to Joseph for the strength and guidance we need to find our bearings when the usual markers are no longer there.  Could we do better than take the example of our founding Sisters and place our lives, without our usual markers, in the care of St Joseph?

The image above shows the first home of the Sisters in Lochinvar in 1883:  a former inn in which they lived and taught their first classes