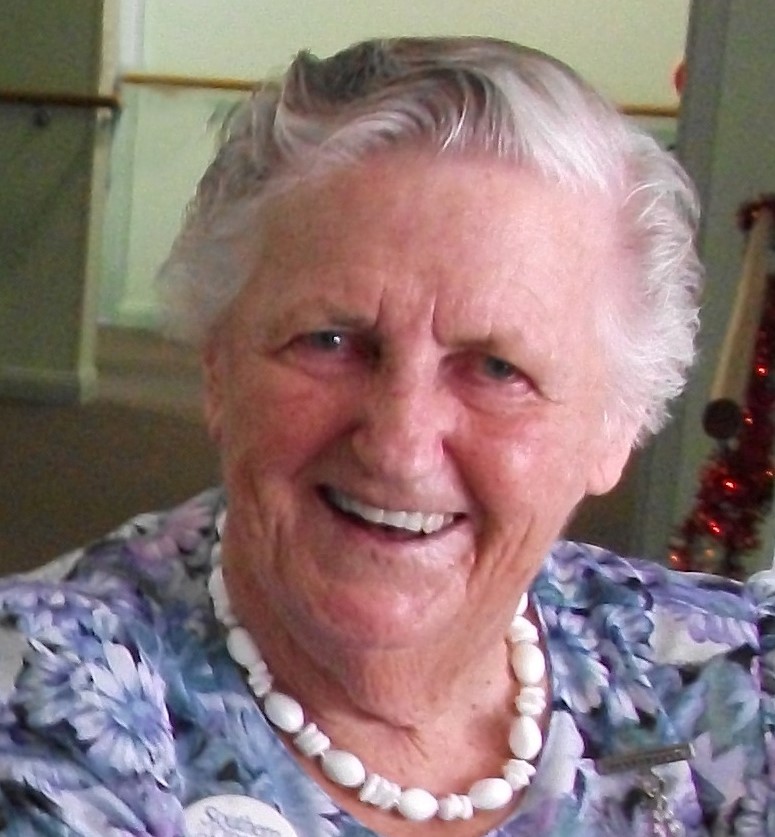 A Long and Full Life

Sr Patricia Swadling died suddenly and unexpectedly in Belmont Hospital on the feast of All Saints, 1st November 2022. Sr Patricia who had been a long term resident of the Southern Cross facilities in Swansea and Caves Beach was much loved for her caring ways and warm interest in other people.

Born in Wyong on 30 December 1929, Patricia was the second child of Ernest and Agnes Swadling.  Her siblings were Dorothy, Raymond, Brian and John and step-sister, Kaylene.

From the family home in Long Jetty she used to walk the two miles each way to The Entrance Public School. Later she attended the Gosford High School and was always keen to tell others that she was a public.

After being instructed by the Sisters of St Joseph from Wyong, she made her First Communion and was confirmed at The Entrance when she was in Sixth class. Sr Patricia said because of the great faith of her grandmother and the Sisters, Mass became very special to her.

As a young adult, Sr Patricia moved to Port Macquarie where she met the Lochinvar Sisters of St Joseph and felt the call to join them. She entered the Novitiate on 1st January 1951, aged twenty-one, was given the name Sr Mary Bartholomew and was professed on 4 January 1954.

For the next seventy-one years, she served in many places in the Maitland-Newcastle diocese and at Port Macquarie and Wauchope in the Lismore Diocese, as a Primary school teacher, administrative assistant, and she was aged care assistant in Lochinvar and Swansea.  She was an energetic person and a great homemaker.  She loved the water and became a member of the sunrise surfers in Port Macquarie. While in care at Swansea, aged 84, she gained the Grey Medallion after a life-saving course at Speers Point Pool.

Her funeral Mass was celebrated on 9 November in St Patrick’s Church in Swansea, the presider being Father Gerard Mackie, the local parish priest.

The Scripture readings and the hymns chosen reflected her sense of call and her great love of God expressed in the Beatitudes.  One verse from the hymn, Put Peace into Each Other’s Hands, particularly spoke of Sr Patricia:

Where words fall short, let hands speak out, the height of love expressing.

At the conclusion of the Mass, the cortege moved to Lochinvar where Sr Patricia was laid to rest in the Sisters’ section of St Patrick’s cemetery.  There she awaits, with all her Sisters, the Resurrection.