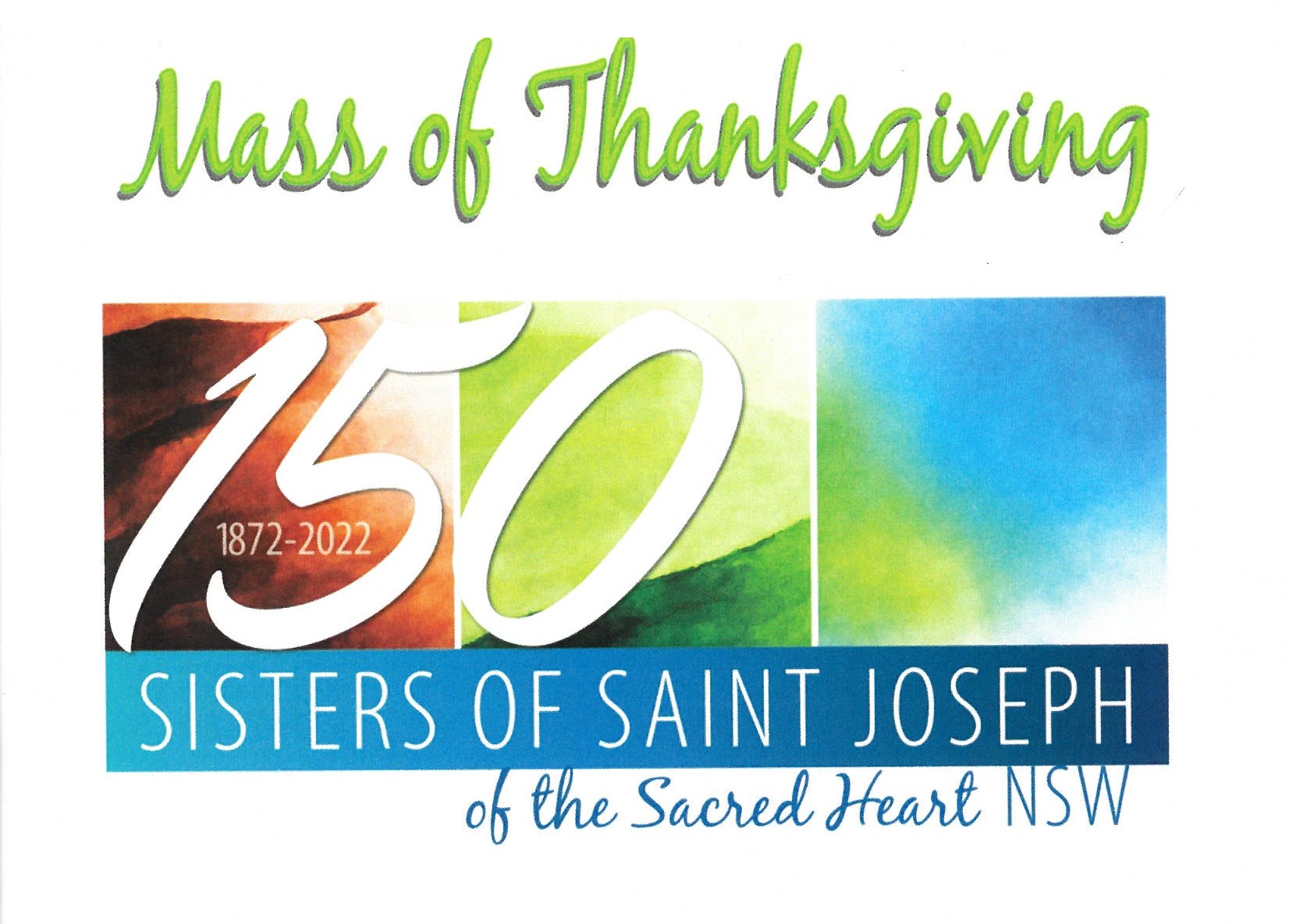 Saturday, 16th July 2022 marked the sesquicentenary of the arrival of the first Sisters of St Joseph in New South Wales. Sisters Teresa MacDonald, Joseph Dwyer and Hyacinth Quinlan and an enquirer, Ada Braham, had travelled from Adelaide at the invitation of Bishop Matthew Quinn to start a foundation in the Bathurst Diocese.

So one hundred and fifty years later, many Sisters of St Joseph and their friends and supporters gathered in the cathedral of St Michael and St John in Bathurst to celebrate the life and ministry of the Josephite Sisters.  The Sisters came from Tasmania, Victoria, Queensland and many parts of New South Wales and from the Lochinvar congregation, to celebrate the occasion.

Sister Jan Tranter, one of our Lochinvar Sisters who attended the celebration recounts her experience of the day:

God blessed the day with bright sunshine. We had travelled from a flooded Maitland area so this was a recognised gift.  The ceremony began with a Welcome to Country in the cathedral grounds, near the statue of Mary MacKillop depicted as reading A Letter from Fr Julian.

After the welcome, wearing our blue pashminas or scarves over coats and jackets, we filed into the cathedral. As we passed the rows of people filling the seats to the very rear, the people broke into energetic applause. I looked along the rows of faces, used to tough weather and hard work - strong faces, beaming behind their clapping hands. I heard later that people had travelled very long distances to be present. The warm applause showed the place the Sisters have in the hearts of people in the Bathurst diocese. It was a moment I will never forget.

Each celebration is unique, in its own place and time. St Joseph's Day Penola 2016, the sesquicentenary of the founding of the congregation was in warm summer with huge crowds in an outdoor Mass.

The 16th July 2022 was sunny but in the middle of a very cold winter. At Perthville, I felt a joy that said wordlessly, despite all the trials, the spark and joy of Josephite life took off here and has continued and spread. It's a fire that cannot be quenched.

Meeting Sisters I had not seen for many years was a particular joy.  There was a sense of a meeting in a passing of time - a coming together with joy, then leaving again. The spark in the eye was the same in each of us.

Following the Mass, we travelled the short distance to Perthville for the launching of the App on the Perthville Story. We visited the graves of the Sisters, including the grave of pioneer Sister Teresa MacDonald.  For some of us, it was the re-visiting of one of our sacred sites.