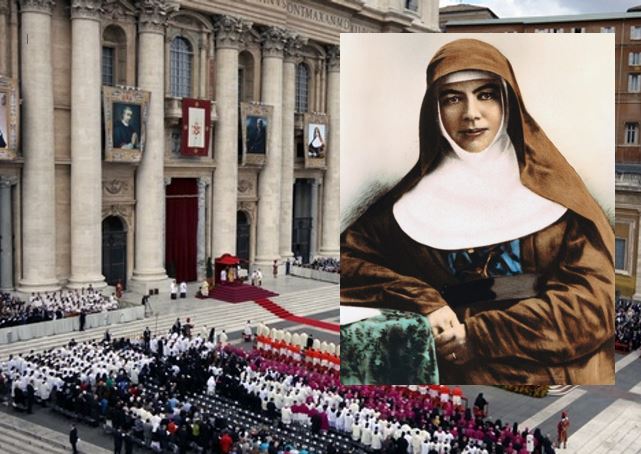 Ten years have gone since crowds of Josephite Sisters and their Australian and New Zealand friends descended on Rome for a wonderful event, the canonisation of Mary of the Cross MacKillop. Sisters Margaret O’Sullivan and Jenny Riley share their cherished memories of 17 October 2010.

“Gratitude is the memory of the heart.” As I reflect on the Canonisation, the first thought that came to my mind was a sense of gratitude.

I have always felt blessed to have been one of the sisters whose name was called out at a Congregational day.  Before that day, I had never entertained the idea that I would travel outside Australia. It simply was not on my radar. I was always pleased whenever I heard that one of our sisters was going overseas – whether for renewal, pilgrimage, family reasons but my going was not a dream until we were invited to put an expression of interest to the leadership. I thought about it and after going through various questions and doubts in my mind such as I know no Italian, or for that matter any other language, uncertainty about plane and long distance travel I decided “Why not?” and that part of the story is history.

A big thing that has always stayed in my mind, was the amazing generosity of our own sisters when they gathered with prayer to farewell the pilgrims at Charlestown. Everyone just seemed so excited for each of us who was to go. That has remained for me a source of gratitude for that gift.

On the day of departure the atmosphere at the airport was one of great excitement, joy and anticipation and I remember feeling a lightness of heart, of peace and gratitude.

Once in Rome, the welcome there was amazing. Many other sisters had or were arriving and were happy to see us. Sr Anne Derwin RIP & other Central Josephite leaders were also generous in making us feel such an important part of the activities.

I’m no longer sure of the sequence of events but one that made an impact on me was Morning Prayer in the Methodist Church of Rome – a place where Mary MacKillop visited while in Rome when she was seeking approval for the constitutions. A beautiful prayer and as I recall the Church Minister attended the prayer too showing us gracious hospitality.

After Morning Prayer, Tim Fischer RIP, the then Australian Ambassador to the Vatican hosted us at morning tea. What an open-hearted generous man he was!

The day before the canonisation we had a fitting preparation for the big day, when we gathered for a vigil which included a drama about the Mary MacKillop story, and finishing in prayer. It was put on by the faculty and students of Australian Catholic University. It had its own surprises - music, singing and young actors. It had the energy and enthusiasm that youth have that was contagious and their energy added to my sense of – “Lord, it is good to be here.”

Canonisation day came and also was a day of many surprises. My fear of not being able to make people understand what I was trying to say faded away. All roads led to the Vatican and St Peter’s Square. Thousands gathered from all round the world joining with the local Italian community. There were six women and men being canonised and so pilgrims were there from many corners of the earth. For me it was like a Pentecost day where we were able to communicate with people from totally different languages and cultures. “They all heard them speak in their own language.”    Enthusiasm, excitement and sheer joy seemed in abundance. I remembered thinking that there is more that unites us than divides us. Something I still try to keep in my thinking. The canonisation ceremony itself was a wonderful experience: to me an experience of universal church.  I remember being conscious of all our sisters (and families) at home in Australia. As the various names of those to be canonised were called out, there was loud applause from the whole group but there was never a doubt about which part of the crowd was there for any particular saint.   I think the Aussies had the loudest shouts and applause in their own unique style!  I even think there were some shouts of “AUSSIE! AUSSIE! AUSSIE!

It was a touching moment seeing Kath Evans RIP having a significant part in the Liturgy and seeing Sr Maria Casey kneeling in front of the Pope with her hands holding his. I had a great sense that I was privileged to be there – I felt small in the crowd but also that I was in a good place – a place where in spite of differences, we were one.

The day after the Canonisation, we attended the Mass of Thanksgiving at St Paul’s Outside the Walls. Another unforgettable occasion! Most of the Bishops and priests celebrating the Mass were from Australia. It was a beautiful Liturgy. It was wonderful to have an Aboriginal Deacon on the sanctuary seated next to the main celebrant. I was deeply moved by the Aboriginal dancers and musicians with their traditional music and smoking ceremony.  There were also indigenous New Zealanders. It was wonderful to see, what seemed to me, a sense of pride on the faces of these Aboriginal people to be such a significant part of the Liturgy.

I found it a very emotional day.  People everywhere you turned were smiling and cheering. Again I felt small but a strong sense of belonging. At the end of Mass the sisters all processed out followed by the Clergy while the whole crowd applauded. I could not stop the tears rolling down my cheeks and I know I was not alone in that. At the door of the Church, a beautiful Aboriginal woman was clapping us. I thanked her. She kissed my hand and said “Thank you” to me. I felt small, humbled, joyful, blessed and grateful.  It was a day I will never forget.

There were almost too many great memories to write about but a couple I need to just mention. We had a wonderful guided walk around the streets of Rome particularly to places Mary MacKillop had been. I felt she would be amazed at all that was happening. St Peter’s left me speechless with its size and architectural skills. The visit to the Vatican Gardens to see the new fountain dedicated to St. Joseph and the skill of the artisan who created the fountain and sculptures touched me deeply. I had not seen anything like it. We were privileged to see many treasures at the Vatican Museum and the Sistine Chapel brought me to tears. I remember feeling as if I were in a dream. An extra bonus for me was to spend time with my Irish cousin, Sr Clare Ahern. We were on the same bus each day.

On our last day in Rome, I went (by myself) for a boat trip on the River Tiber. There were not many on the boat but it gave me wonderful quiet time to contemplate and absorb all that we had seen, heard and participated in. I received a different view of Rome in all its glory and history as I spent the couple of hours admiring, wondering, reflecting and being thankful. For me the time on the River was a time of inner peace and joy.

I came home from Rome with a heart full of gratitude and feeling touched by God through all the experiences we had together.

As I look back and reflect on this special time, it is summed up in these words: Wonderment, Awe- inspiring, Unity and Faith-filled to name a few.  The awe and reverence of thousands of pilgrims gathered in St Peter’s and in the Mass at St Paul’s Outside the Walls was so special.  I can never be thankful enough for such a privilege.  It was lovely to share this experience with a group of our students and teachers from St Joseph’s College, Lochinvar.

Mary wrote in 1877, and I utter the same words today: Let us rejoice and thank God for giving us such solid proof of his love. 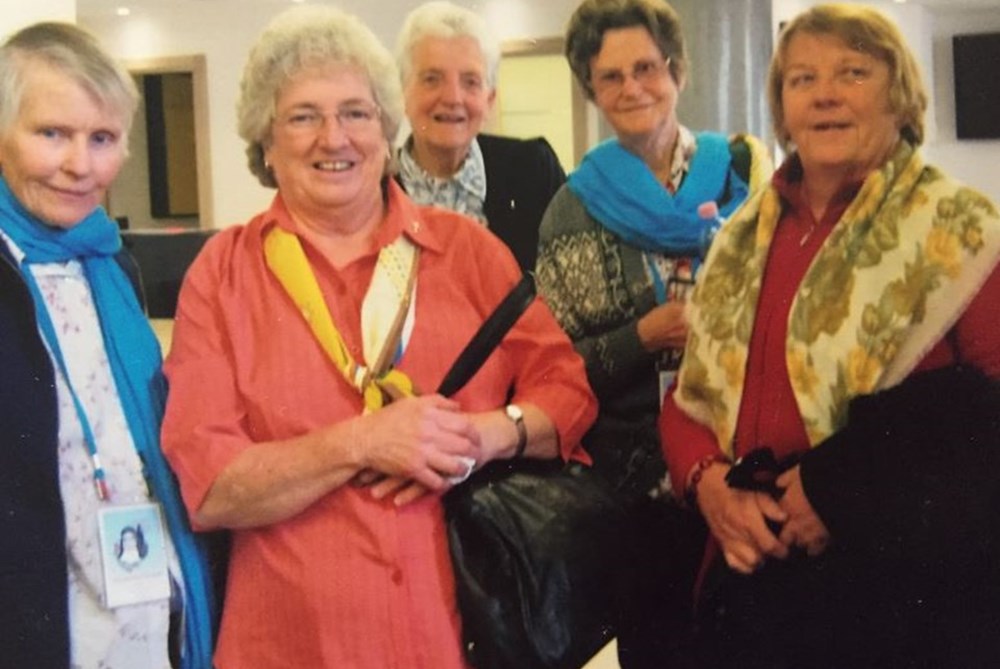 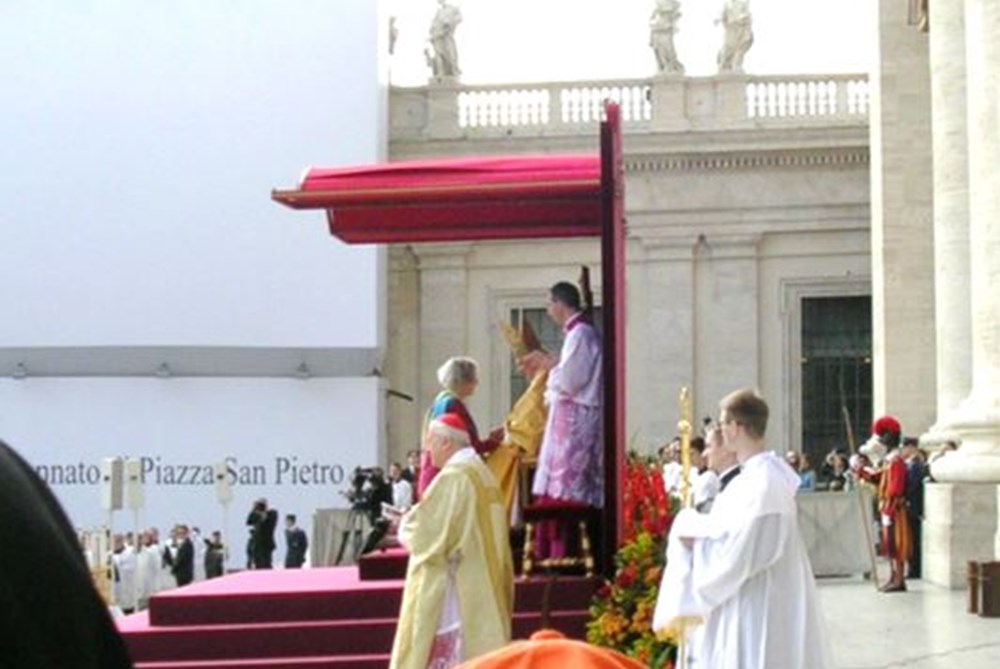 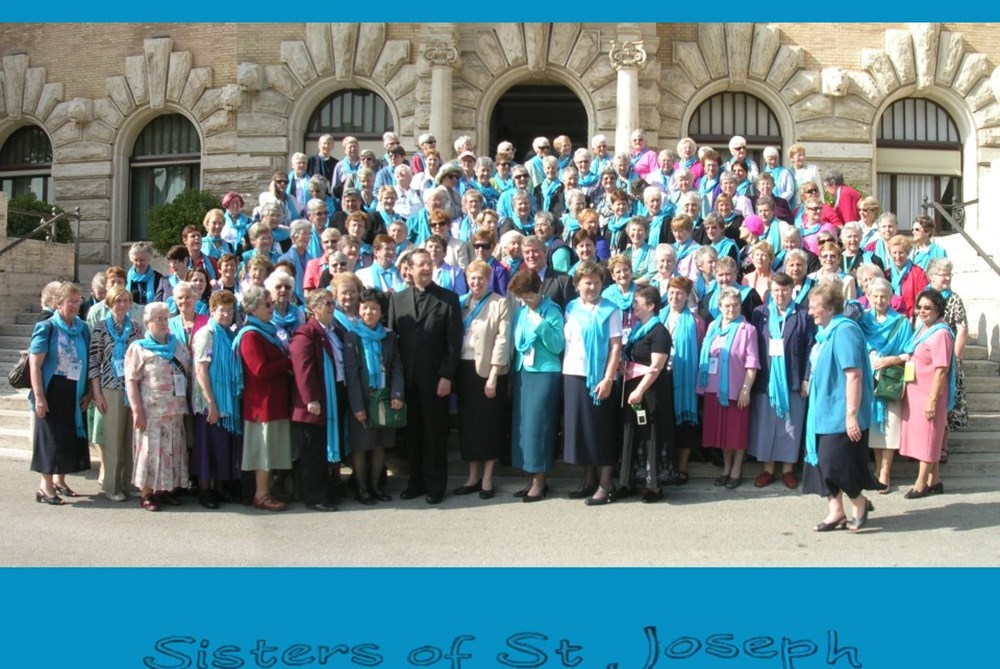 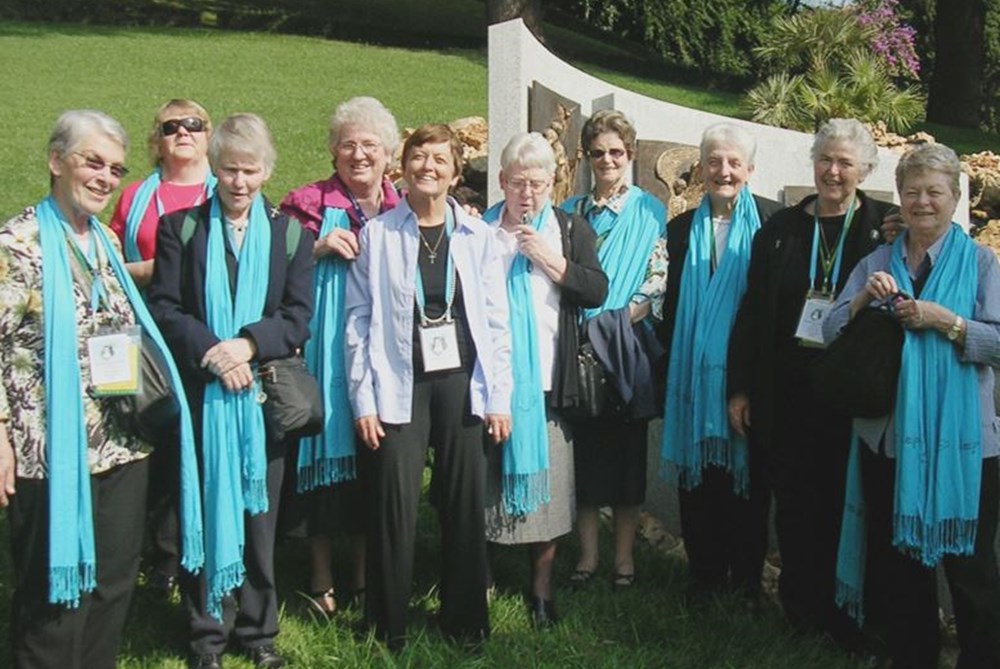