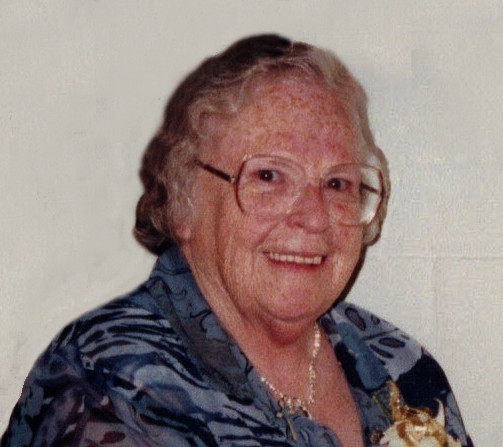 Death of a Valiant Woman

May the Lord open to her the gates of Paradise

that she may return to that homeland

where there is no death, where eternal joy endures.

These were the words of the Entrance Antiphon that began the Mass of Christian Burial for Sr Maureen Metz on 14 October 2020 in St Joseph’s Chapel at Lochinvar. Because of COVID-19 restrictions, the words were recited and the numbers attending were limited.  Father Gerard Mackie, the presider remarked that usually the chapel would be crowded and there would be other priests present, but these were COVID times. However, the relatives and friends and Sisters of St Joseph lifted their voices in unison to honour their much-loved aunt, cousin, friend and Josephite community member.

Sr Maureen, the only daughter and youngest child of Francis Joseph Metz and Mary Margaret Davis was born in Taree in 15 January 1933. She was the loving sister of Frank and twins, Patrick and Raymond.  Just a few weeks short of her sixteenth birthday, she entered the Novitiate at Lochinvar on New Year’s Day 1949 and was given the religious name of Sr Mary Lucy.

After her profession as a Sister of St Joseph on 2 January 1952, Maureen embarked on her mission of spreading the Good News as a primary school teacher and later as a school principal.  Her first appointment was to Carrington. Many other appointments in Newcastle and country parishes followed in the Maitland-Newcastle diocese. The list is very long but some places were Cardiff, Belmont, Gloucester, Kurri Kurri and Merewether Beach. When her teaching days ended, Maureen served as a pastoral care worked in parishes as well as caring for our senior sisters, particularly in the Nursing Home at Lochinvar and in Gateshead and Swansea. In 2004 with declining health, Maureen became a resident in the Southern Cross Tenison Apartments in Swansea.  This became her home until her death on 7 October 2020 in the Belmont Hospital.

The Scripture texts chosen for the Mass captured the essence of Sr Maureen who had reverted to her baptismal name after the reforms of Vatican 11. The First Reading from the Book of Proverbs spoke of the valiant woman: capable, strong and caring.  The message from St Paul’s Letter to Timothy was one of endurance: Maureen had fought the good fight and had run the race to the finish. The words of the Gospel from Matthew: Come to me, all you that are weary and are carrying heavy burdens and I will give you rest, were so appropriate for Maureen who had carried the burden of ill health for many years.

In his homily Fr Mackie paid tribute to his primary school teacher with whom he became reacquainted as her parish priest in Swansea.  He knew her as a wise, hospitable and warm-hearted person. In giving the Words of Remembrance, Sr Clare Conroy, a long-time companion said that Maureen was a positive, generous person, easy to live with a good sense of humour.

Having prayed for Sr Maureen’s eternal repose, nephews and nieces and Sisters of St Joseph accompanied Sr Maureen to the Lochinvar Cemetery where she was laid to rest in the Sisters’ section. There we pray that she shall sleep in peace to await the resurrection.