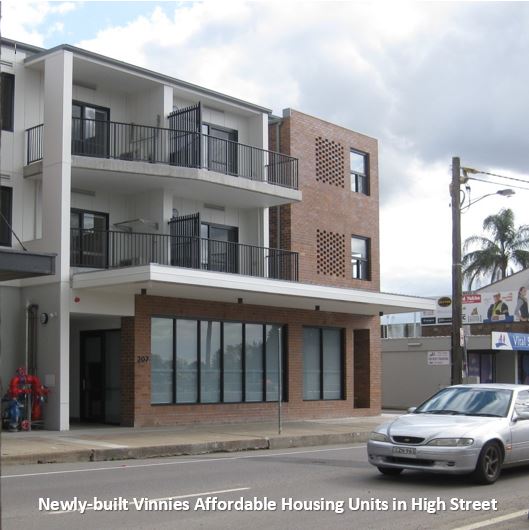 Everyone Needs a Home

Sr Carmel Hanson rsj shares some thoughts on the plight of people who are homeless and how two organisations, the St Vincent de Paul Society and the Josephite Justice Network are seeking to make a difference.

Sr Carmel is involved in both the St Vincent de Paul Society (Vinnies) and the Josephite Justice Network in addressing this major concern in our society. She reminds us that too many Australians do not have a home. They sleep rough or in cars or rely on friends or charities for a safe place to stay.  Sr Carmel has experienced first-hand the situation facing many people.  She writes of her experiences at the House of Hospitality in Newcastle:

Over the past twenty-nine years the House of Hospitality has offered accommodation to over one thousand two hundred men, women and children. When the House opened in 1991 any person with a child was offered a Department of Housing Home within two months. The people who now come to the House do not expect a Department of Housing home as they know the waiting list is over two years.  There over 55,000 households on the NSW waiting list.  (Homelessness in NSW Issues Backgrounder December 2018)

Jack de Groot, CEO, of Vinnies NSW said in a recent media release (3 August 2020): Having a safe and secure place to live is the first step to finding work, growing a family, and planning for the future.  Over the past two years, Vinnies has invested more than $200 million into building more than 500 new social and affordable housing units across NSW.  Among the most recently completed units are those in High Street Maitland  (photograph on this page)

Vinnies is calling on the NSW Government to build at least 5,000 additional social housing properties every year for the next decade. Thus making safe and long-term accommodation available for those who cannot afford it on the private rental market.

The Josephite Justice network, when responding to the Discussion Paper of the New South Wales government noted that homelessness is a major problem that has escalated in the past twenty years and is being made worse by the COVID 19 pandemic.  Its submissions states:

For women in particular, domestic violence is a leading cause of homelessness. Other causes include lack of affordable housing, unemployment, poverty and low wages. Women's refuges and youth shelters are not able to address the desperate needs of those who are made homeless.

Among its many recommendations are the following:

That housing affordability be dramatically improved for the lowest 40% of income earners, recognising and acknowledging that those who are vulnerable need assessed levels of support, as well as safe, secure and affordable housing.