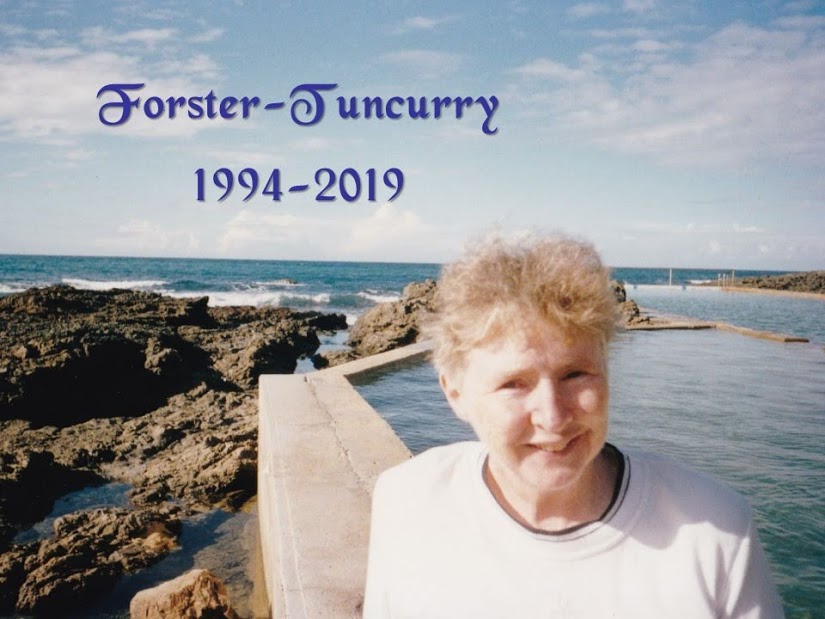 Farewell to a Quiet Achiever

The parish church of St Patrick’s Lochinvar was filled to capacity for the Funeral Mass of Sr Kathryn McCabe on 10th April, 2019.  Her extended family, fellow Sisters of St Joseph as well as Dominican Sisters and Sisters of Mercy, colleagues from former school and parish staffs and a big contingent of parishioners from Forster-Tuncurry including her many Indigenous friends came to pray, honour and celebrate the life of this quiet, dedicated woman.

Before the entrance procession, there was the Acknowledgement that the land on which we gathered was the traditional land of the Wonnarua people.  This was followed by a spirited singing of I Am, You Are, We Are Australian which had been especially requested by Sr Kathryn as she prepared for her imminent death.   Father Kevin Corrigan, former parish priest of Foster –Tuncurry presided at the Mass with nine concelebrants.  Two deacons were also in attendance.

Sr Kathryn had come down from Tuncurry to seek treatment as she was unwell.  The medical report revealed that she had an advanced cancer.  She never returned home but instead stayed in Newcastle with two of her Josephite Sisters and received palliative care.  During those three weeks she chose the Scripture readings and hymns she wanted at her funeral Mass.  Typical of a woman who worked for justice for Indigenous people, the first reading was from the book of Exodus: Take off your sandals, for the place where you are standing is holy ground.  The Gospel from John had the message of peace: Peace I leave with you; my peace I give you. So, too did the hymn, Put Peace into Each Other’s Hands, with the last verse being especially appropriate for Kathryn:

Reach out in friendship, stay with faith in touch with those around you.

Put peace into each other’s hands: the Peace that sought and found you.

That Peace certainly found Kathryn as she prepared serenely, with great faith and trust for her passing from this life.

Sr Kathryn spent the last twenty-five years of ministry in Forster-Tuncurry, much of it serving with the Indigenous Biripi and Worimi peoples.   Prior to that appointment she had ministered first as a primary school teacher and then as principal in a number of parish school in the Maitland-Newcastle diocese and beyond in the Archdiocese of Sydney, the Lismore diocese and in Parkside (Ayr) in North Queensland.

Following her departure from the schools, she worked as a Pastoral Associate in the parish of Cessnock before moving to Forster-Tuncurry in 1994 to coordinate the program for the sacramental initiation of the children in the parish.  Five years later she became involved in the Catholic Aboriginal Ministry - a ministry that she never regarded as work but more the forming friendships with them.   This friendship was evident in the number of Koori people who came to her Funeral Mass.  Their last gesture was the placing of the Aboriginal flag on her casket as it was lowered into the grave – a very moving moment.

Sr Kathryn, Kay to her family was born in Sydney but grew up in Cessnock, her parents being James McCabe and Mildred Ruane.  She has two sisters, Madge and Mildred and four brothers, Brian, Peter, Anthony and Frank.  All predeceased her, except for Frank and Mildred who were present at her funeral.

Sr Kathryn died quite suddenly and peacefully about 11:00pm on 2nd April, in her 82th year and in her 61st year of her profession as a Sister of St Joseph.  She was laid to rest in the Sisters’ section of the Lochinvar cemetery until her loving God awakens her to glory.