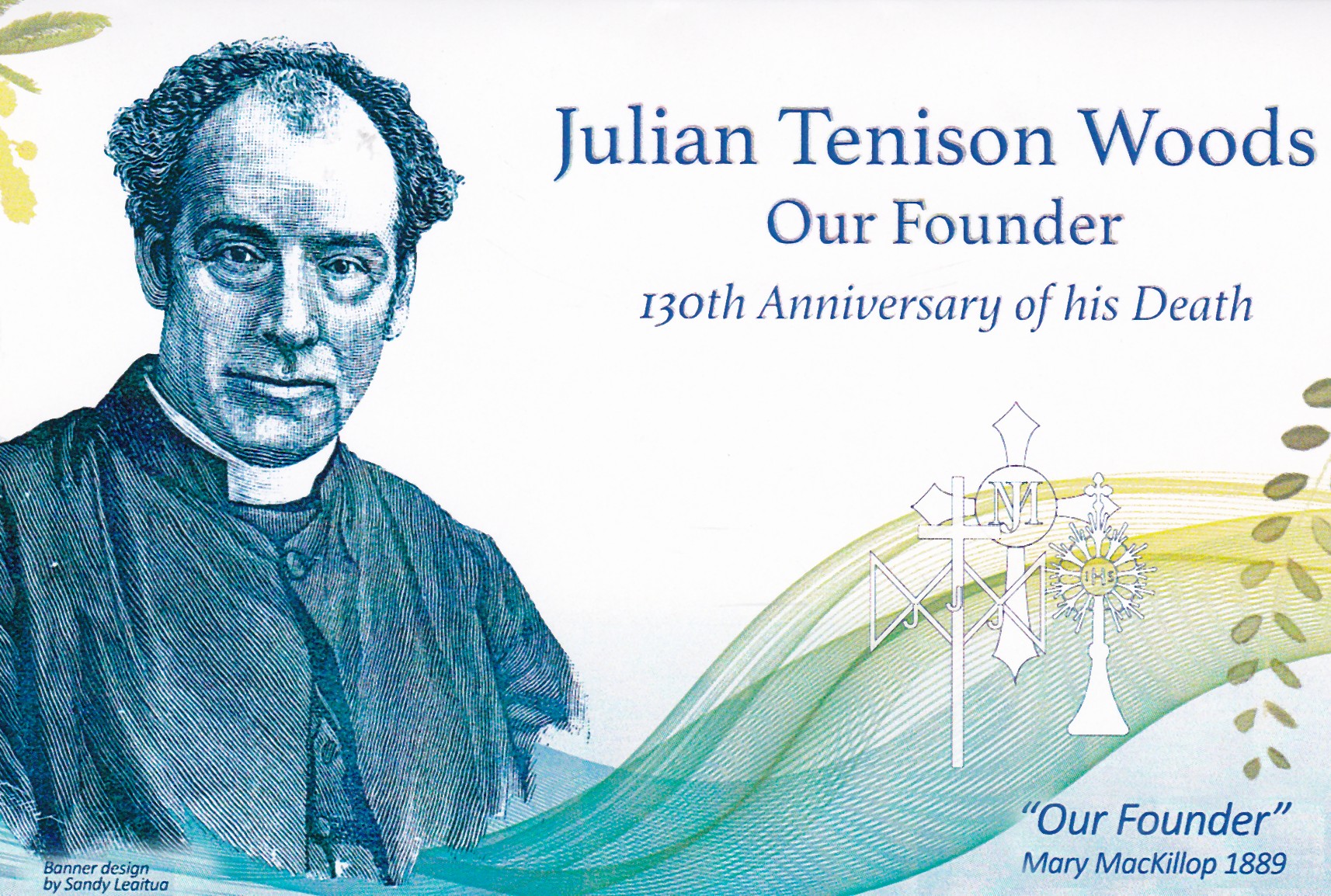 Fr Julian Tenison Woods: A Man before his Time

This year October 7 marks the 130th anniversary of the death of Julian Edmund Tenison Woods, priest, scientist, educator, founder, journalist, missioner, musician and artist.  He was a man gifted by God with many talents, a deep thinker with an inquiring mind who recognised the sacredness of all creation.

Father Woods is mostly remembered as the co-founder with St Mary of the Cross MacKillop of the Sisters of St Joseph.  What is less known, is that as a geologist and natural scientist, he marvelled at the vast expanse of space and the beauty of the natural world. In his explorations he saw the sacred at the heart of all life.

As parish priest of Penola, he explored the south-east of South Australia, delighted in the mystery of the caves at Naracoorte and reflected on this ancient continent. His eyes were ever open to the wonders of creation.

Quoting from his Geological Observations in South Australia, 1862, he said:

All our discoveries enlarge our small ideas of the immensity of Omnipotence….Beneath the soil carpeted by various flowers which herald forth the beauty of the world to come, are secrets which are only known to us in part.  But these revelations, small as they are, stretch far beyond our comprehension.  We learn that the dust we tread upon was once alive, the rock on which we stand has lived and died - has been a thing of life and is now a stone: and this is a time that reaches so far back as only to be understood by the One who was from eternity … and we, pausing in our vain endeavour to stretch our mind to the capacity of that which has no bounds, are obliged to rest ourselves from the thought of the Infinite, and to confess that, whether we search in earth, or sky, or sea, we are everywhere met by the visions of the Illimitable.

His writings call us again today to reflect on the gift of our natural world and see our connectedness with it.  At this time when Pope Francis is challenging all people to change the way we are using and abusing our common home, we can look back and draw inspiration from this man of God who saw that every rock, every leaf, every insect has something beautiful, wonderful to tell.

We know that his appreciation of the natural world caused him to speak out at what he saw was the destructive practice of logging old growth forests in Tasmania.  This in 1878, long before the green movement became a reality in our times, he wrote in his paper on the Tasmanian Forests: Their Botany and Economical Value:

The only way to prevent the wholesale destruction of timber will be by proclaiming reserves or State forests. …. It seems to me that as long as any available land can be obtained free from timber, or with timber of little value upon it, no selector should be allowed to destroy the forests.  The matter is one which the Legislature should deal with promptly, or the forests of Tasmania, peerless and priceless as they once were, will soon be things of the past.

In our times, Pope Francis concluded his encyclical Laudato Si with a prayer for our earth which begins thus:

All-powerful God, you are present in the whole universe

and in the smallest of your creatures.

You embrace with your tenderness all that exists.

Pour upon us the power of your love.

That we may protect life and beauty.

Father Julian Tenison Woods would have understood the message of Pope Francis when he said that the entire material universe speaks of God’s love, his boundless affection for us.  Soil, water, mountains: everything is, as it were, a caress of God.  He would encourage us today to see that all created things give us ideas and glimpses of the beauty of the infinitely beautiful Creator.