On Saturday 13th April a Memorial Service was held for Milton Morris, well known former Minister for Transport, loved locally for his contribution and his genuine care for others during his twenty-five years as the State Member for Maitland.  Affectionately known as Mr Maitland, he was friend to all, whatever their political, religious or ethnic identity.

Sisters Margaret Anne, Jan Tranter, Patricia Egan and Maureen Salmon attended the service in recognition of the special connections between Mr Morris and our Lochinvar Sisters.

One is an Easter connection, fifty-three years ago, almost to the day. At the end of the Easter Vigil on 10 April 1966, two Sisters left St Patrick’s Church, Lochinvar, a little earlier than the rest. Late on this dark night, in their black habits, unseen by a driver, they began to cross the New England Highway to the convent. The congregation in the church, including the Sisters, heard the thud. One Sister, Mother Mechtilde Needs, aged, seventy-one died instantly. The other, Mother Anthony Tobin, was badly injured. (She recovered to live with bright mind for another fifteen years). Milton, Minister for Transport, responded promptly, calling an immediate government meeting for installation of traffic lights. They were installed on 26th June that year, to coincide with the opening of a new school wing. Thousands, especially students, have crossed safely since. Milton found a lasting place in the Sisters’ hearts and remained a firm friend of the Sisters.

There is another connection, as Milton’s daughter Colleen reminded us after the Memorial. Her daughter, Cherie attended St Joseph’s Lochinvar.  A third connection is that he helped the Lochinvar Sisters in the purchase of land at Gateshead for St Mary’s Secondary and St Paul’s Primary Schools.

The memorial took place in St Peter’s Anglican Church, East Maitland, a fine, historic church, able to accommodate the huge crowd. It was a fitting location as Milton was a man of deep Christian faith and a leader in the Baptist community. One of the many humorous remarks at the memorial was that Milton liked his political gatherings to be in a small hall, so the report could read the hall was filled. There was no smallness about Saturday. The huge church was packed, the crowd overflowing to the prepared outdoor seating.

Hon. Gladys Berejilkian, Premier of NSW, addressed the assembly warmly, expressing appreciation for Milton’s friendship and advice. Harvey Grennan, former Ministerial Press Secretary, spoke of Milton’s achievements, emphasising his dedication and courteous manner. Milton was passionate about road safety and reducing road deaths. His persistence, despite opposition led to the compulsory wearing of seatbelts and other anti-speed methods, such as radar and speed cameras, all of which have greatly reduced the road toll.

The third eulogist was Robert Cameron AO who spoke of Milton’s huge impact as chairman of the Hunter Valley Training Company from its foundation in 1981 till his retirement in 2011. Over 20,000 apprentices have been employed and trained in this scheme, now a model throughout Australia.

Milton’s niece, Shirley Seale and daughter Colleen Gale painted a homely picture of Milton, man of energy, loving the family, interested in each, encouraging them to do their best, do all the good they could. He enjoyed many things but his great love was trains. It was appropriate that the memorial took place during Maitland’s annual Steamfest.  In his childhood Milton lived in Texas Street in Mayfield, not far from the railway. Several of our Sisters live today near Texas Street, Mayfield. On Monday morning after the memorial we heard steam trains on their return from Steamfest, blowing whistles with abandon. Milton would love it.

Rev Dr Keith Garner from the Sydney Wesley Mission gave a rousing address, in confident, good humoured style. Milton had asked him to speak at his funeral. He spoke at the memorial service instead. Our Catholic Bishop Bill Wright was among the special guests and was thanked for attending.

Milton gave every family member a card on special occasions, with the following verse handwritten by him. We give Milton the last word, for him to speak our Easter blessing to all.

The Lord bless you and keep you.

The Lord make His Face shine upon you and be gracious to you. 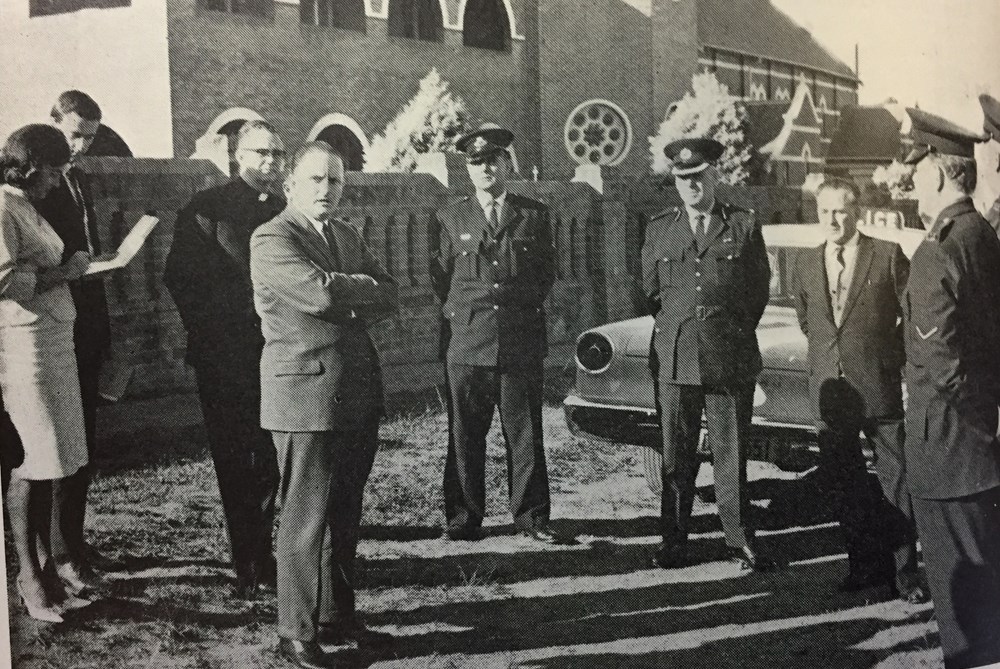 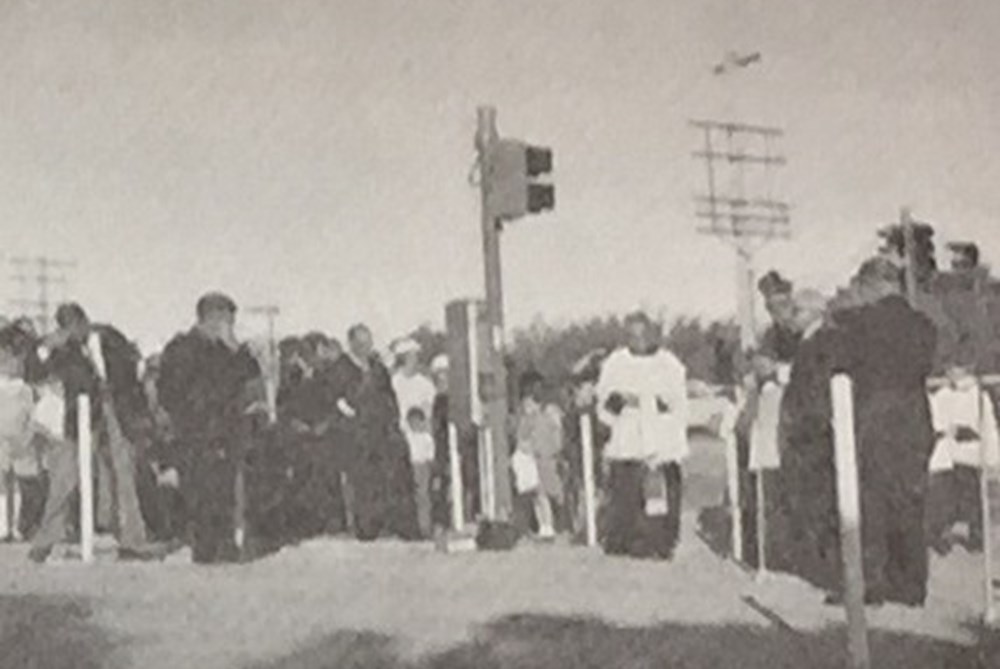 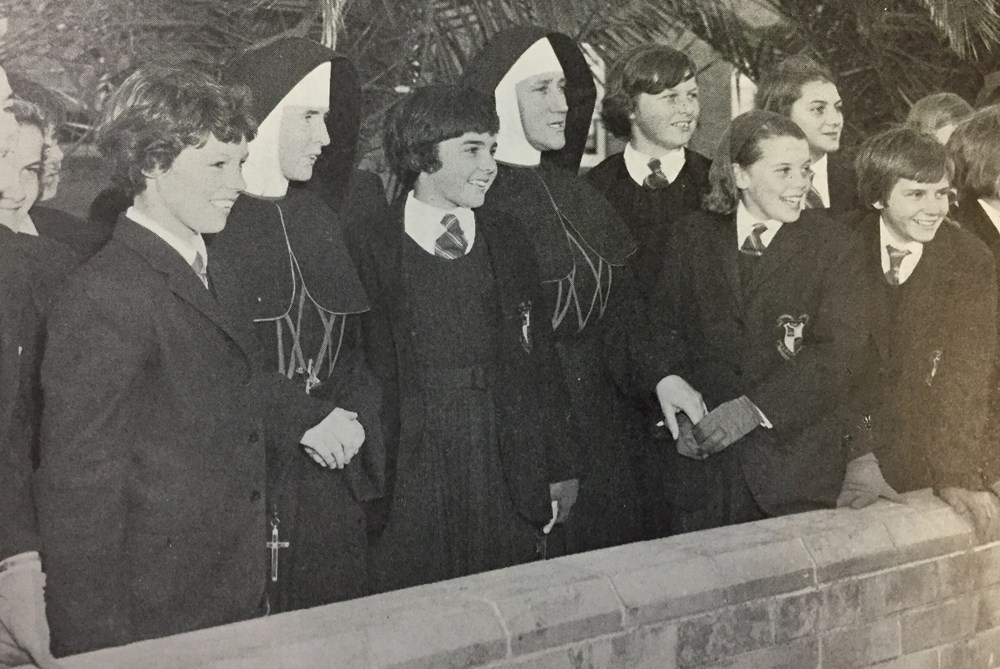 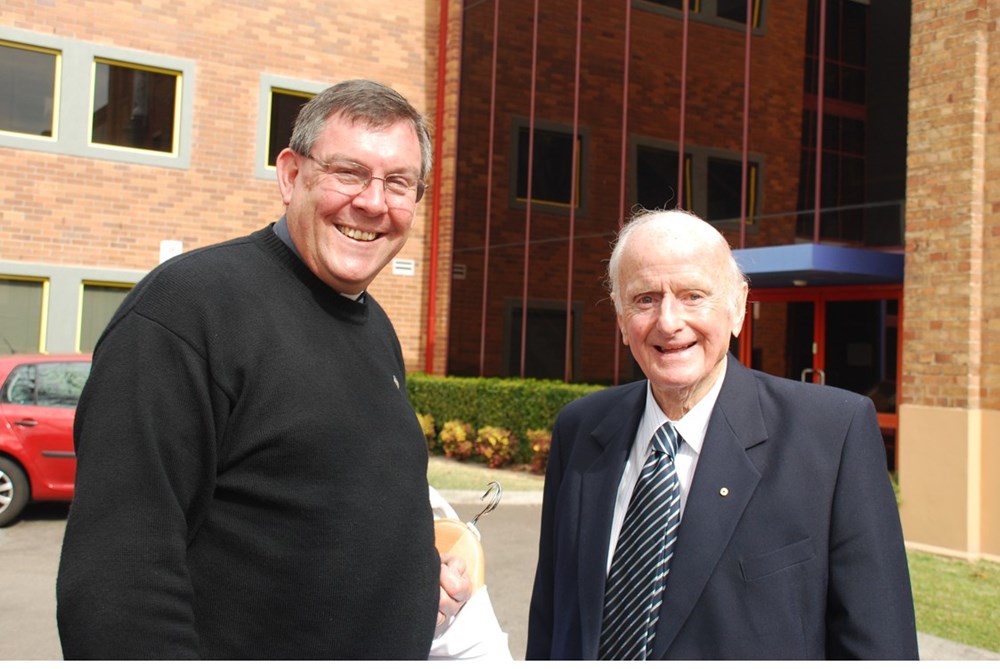