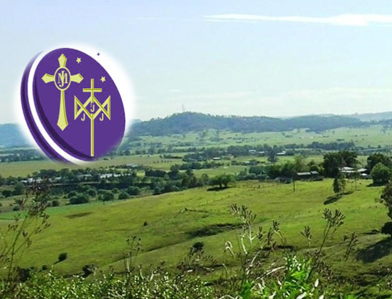 "Now is the time to act, urgently, courageously and responsibly. Not least, to prepare a future in which our human family will be in a position to care for itself and for the natural environment."

With these words Pope Francis concluded his message to the President of COP 26, the Right Honourable Alok Sharma on the eve of the Glasgow conference.

The Sisters of St Joseph will do this by pledging to respond to Pope Francis’ invitation outlined in the Laudato Si’ Action Platform and by undertaking the seven-year journey towards integral ecology. In doing this we follow in the footsteps of our founders, St Mary MacKillop and Father Julian Tenison Woods.

Just as they responded to the cry of the poor and disadvantaged in colonial Australia, so today we commit ourselves to living our vocation to be protectors of God’s handiwork (Laudato Si #217).  Years before our current understanding of the interconnection of all creation, Father Julian warned in his paper on the Tasmanian forests that The only way to prevent the wholesale destruction of timber will be by proclaiming reserves or State forests ….. or the forests of Tasmania, peerless and priceless as they once were, will soon be things of the past. (1878)

In recent years both Josephite congregations have made commitments to a renewed understanding of the crisis affecting our planet and all the species that share life with us. Examples are seen in the following statements.

The Sisters of St. Joseph, Lochinvar stand for the Gospel. We choose and cherish life.

Concerned for life in all its forms, this statement expresses our commitment to the dignity of all people especially the disadvantaged in our world where so many are deprived of life in its fullness.  It reminds us to care for our fragile earth in a cosmos that is gradually unfolding in our consciousness.

Let’s face the crises affecting people, other species and Earth itself at this time and with compassion and urgency collaborate locally and globally to influence governments, companies and others to halt the damage, protect life, restore habitats and settle the homeless.

The Josephite Plan to be launched in March 2022 will honour this heritage and will guide our actions as we seek to raise our awareness and understanding of the connections within creation and encourage us to live a more sustainable lifestyle.