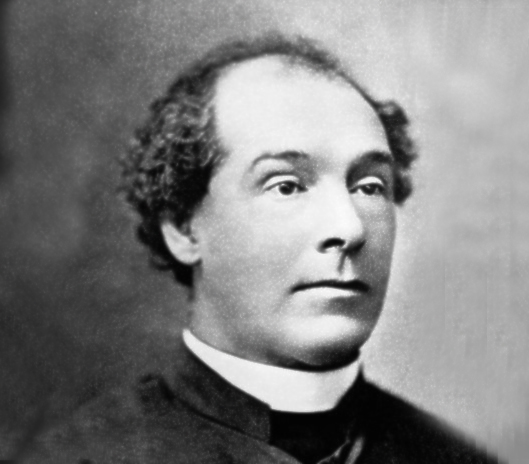 With the anniversary of Father Woods occurring at this time (October 7), it is timely to recall a lesser-known episode in his life – his ministry in Tasmania.  Sr Tess Ransom, a Tasmanian Josephite writes of her family’s connection with Father Woods during his missionary work in Tasmania from 1874 to 1876.  During that time, her grandparents offered him hospitality and friendship at their home in Southport, a remote town in the south of the island state.

Tucked away in the southern-most tip of our Island State is the sea-side town of Southport.  It was here, that my grand-parents, Margaret and Henry Ransom, in the 1860s, settled and brought up their family, two boys and one girl.  The youngest boy, Timothy Maurice, was my father.  At the time Southport was mainly known for its timber industry at which most people worked, cutting the huge trees with nothing but axes. I cannot find the exact population of Southport at this time, but some historians put it at 500.

In 1855, as a young man, Julian Edmund Tenison Woods came to Hobart.  Two years later he was ordained a priest in Adelaide on 04 January 1857.  As well as priest, Julian was also a scientist, geologist, writer, poet, musician, artist, and popular lecturer. But most of all he was a gifted missioner and it would have been this strong sense of mission that led him to Southport when he returned to work in Tasmania from 1874 to 1876.  Southport is 97 kilometres south of Hobart, and was a far-flung and distant part of the island.   There were no made or mapped roads and the only means of transport would have been by horseback, a trip that would have taken several days.

Life, certainly, was not easy in those far off days, for on 22 January, 1876, Fr Julian wrote to his friend, William Archer, from Honeywood (now Geeveston).  ‘I have just returned from a most difficult and I may say dangerous trip to Southport:  over mere bridle tracks, slippery and steep through the mountains.  It rained too, and my horse fell, hurting my left hand, both unpleasant addenda.  But it was a most interesting journey to me and will make the material for some good papers.’

At Southport Fr Julian stayed with my grand-parents. It was while he was there that he wrote several prayers and hymns, many of which we have today.  Julian has been described as possessing ‘profound, though romantic convictions, based on a child-like piety, great simplicity, courtesy and kindness of manner.’ And it is in that light that we should read his writings today.

Julian loved our Island State, and he referred to it as St Joseph’s Island, but he was worried about the plight of our forests.  In his paper on the Tasmanian Forests: their Botany and Economical value (Woods, 1878), he wrote: ‘The only way to prevent the wholesale destruction of timber will be by proclaiming reserves or State forest  …   or the forests of Tasmania, peerless and priceless as they once were, will soon be things of the past.’ I believe that Julian would have been one of the first clergy to publicly preach on the care of the environment in Tasmania.

In this small, and often neglected part of our Island, Julian worked tirelessly to extend the Kingdom.  From Southport he visited other outlying country townships that today are only ghost towns, but in his time many people lived there and people were very important to Julian.  On his visits to other places, such as Lune River, he would have come across the quartz quarry, a place of great interest for him.

My mother sometimes spoke to me of Fr Julian and she would have obtained her knowledge of him from my grand-mother.  I do not recall much of what she told me for I was only a very small child.  Also, I did not know at that time I would become a Sister of Saint Joseph.  How I regret now that I did not pay more attention to what she was telling me, and how I would love to go back to those days, gain more information and know better the real Julian!

At home we had a studio-taken photo of Julian and when I entered the Novitiate my mother gave it to me.  As a good novice, I handed it in and do not know what happened to it, though I would dearly love to have it today, knowing that Julian had given it to my grandparents.

Julian had great trust in the Providence of God and knew of God’s loving care of him.  He stood open-handed before God and had total trust that God would be with him in all he did.

The Church at Southport was blessed and opened by Bishop D Murphy on 23 February 1876.  Fr Julian preached at this celebration of the aptly named church of Our Lady Star of the Sea.  The view from the church steps was breath-taking and took in, across the water, Bruny Island and beyond. My great-grandfather, ex-convict John Kennedy, in family documents, is recorded as being at the forefront of having the Church built.  Undoubtedly, Julian would have encouraged him in this.  The beautiful little church, where my family and I had worshipped, was burnt down in a bush fire in 1950.  My younger brother had seen the fire coming and was able to save anything that was moveable.  These he took to our home.

Here, in the very house where Julian had stayed, history repeated itself, and once again Mass continued to be celebrated each month.  I have a feeling that Julian would have liked this very much.

I often muse on how Julian must have enjoyed Southport, for there was everything on which his creative and reflective spirit could dwell. I see Julian walking the snow-white sandy beach, chatting to the children at play there and sometimes helping them to build their sand-castles.  Did he talk to them of the beauty of God’s creation that surrounded them?

Did he know the cold of a Southport winter, when the puddle-holes froze over and stayed that way for days? Was he compensated for this by the comfort of a warm bed, a homely kitchen, a kettle always on the boil and good country food?

And I wonder if Julian, in his wanderings and travels, found the native orchids and Aboriginal middens that we knew existed not far from our home?

Was his heart stirred with each new sight and sound and did he find delight in the glory of the sunset, its many-hued colours, and then darkness as it slipped into the night?  On clear nights there would have been the inspiration of the stars and moon as he surely pondered the destiny to which he was called.

Did he enjoy the tiny sand-pipers that nested high on the beach, and the majestic sea eagles, with a wing-span of three metres, that flew across the bay; the large Pacific gulls as they floated on the thermals; the forty spotted pardalotes whose homes were in the cliffs along from the beach; the gannets that dropped like stones from the sky when they saw a fish in the water below; the rock pools that contained many and varied species and where we as children fossicked, as I believe Julian would have;  the shells, kelp and seaweeds that were dragged from the depths of the sea and dumped on the beach as the heavy seas pounded in across the bay from the Great Southern Ocean?  He would certainly have shown much interest in all these things for his mind was always active and full of imagination.

And there was the small brackish creek that flowed across the beach into the bay and was filled with plankton and many other small creatures.  As children we had enjoyed all these things as I am sure Julian did.  Was it from such things, so small and seemingly insignificant, that Julian was able to turn his reflective and fertile mind and write so tellingly for future generations?

I am so grateful that I was born at Southport into the Ransom/Kennedy family, the family that knew Julian and was able to offer him hospitality and friendship.  I thank God for the influence he had on my grandparents, for all that they learned from him and which they passed on to their grand-children.  I am also grateful to God that I was called to the congregation that Julian and Mary co-founded, and that has been my life for so many years

Southport is now really only a small holiday retreat with a few resident locals, and many shack owners who frequent this lovely little town in holiday time.  The influence of Julian’s ministry is very much alive in the Sisters of Saint Joseph today. 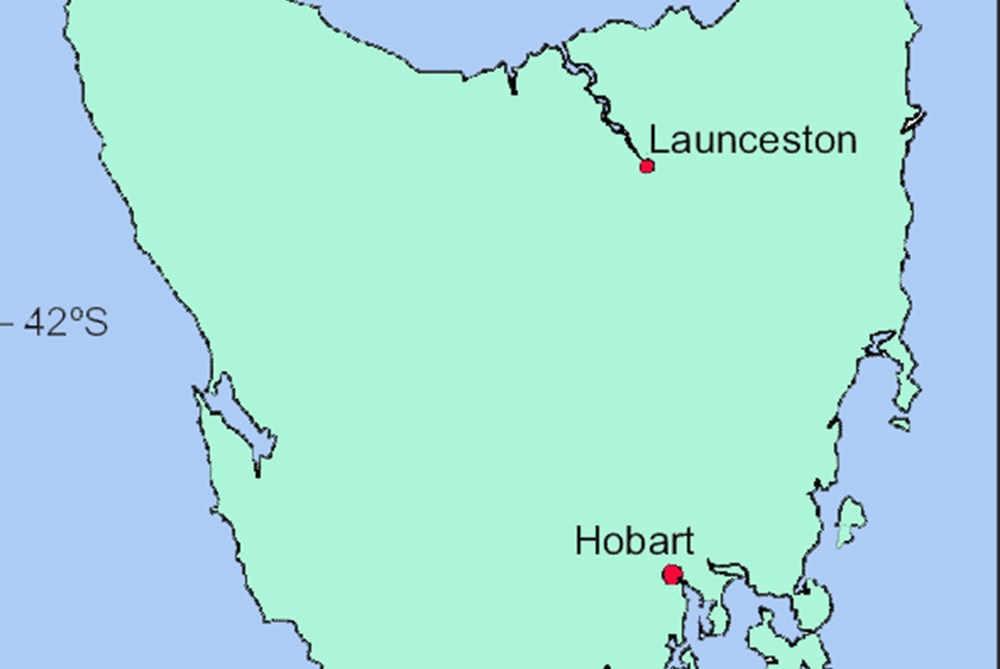 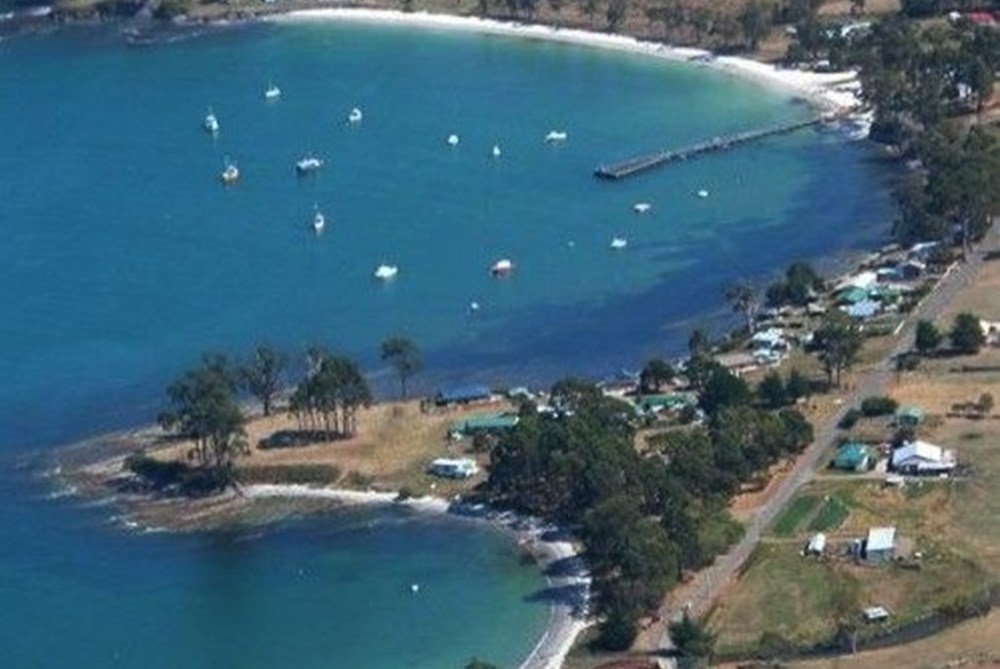 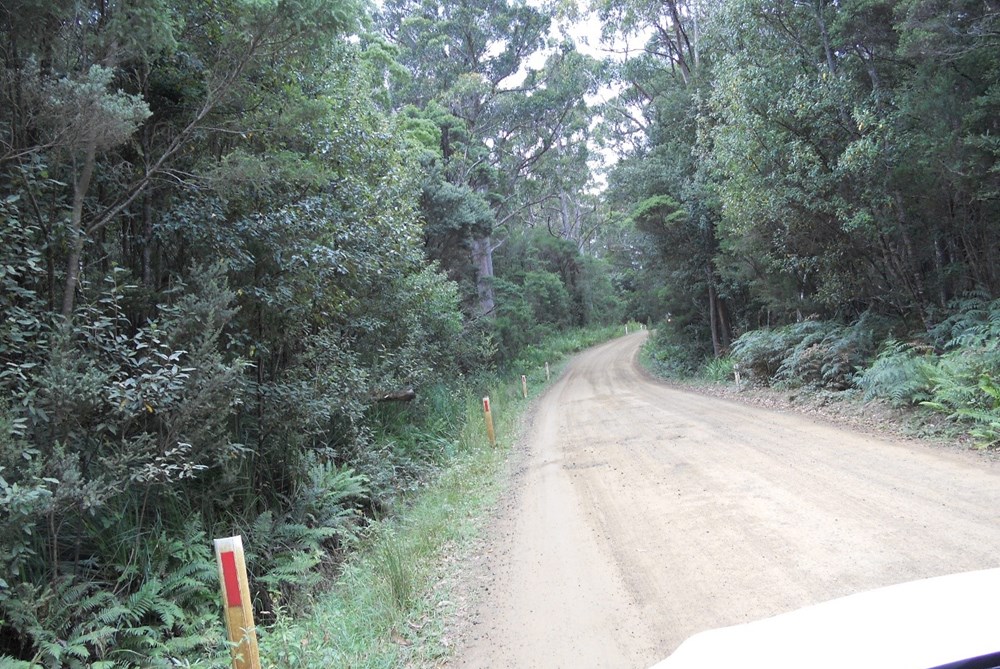 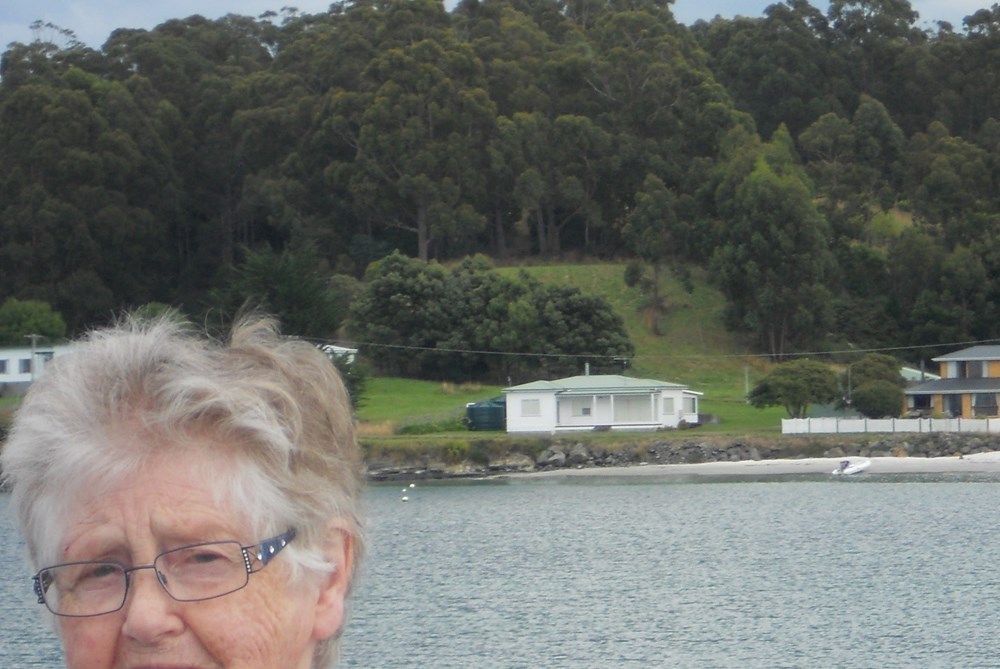