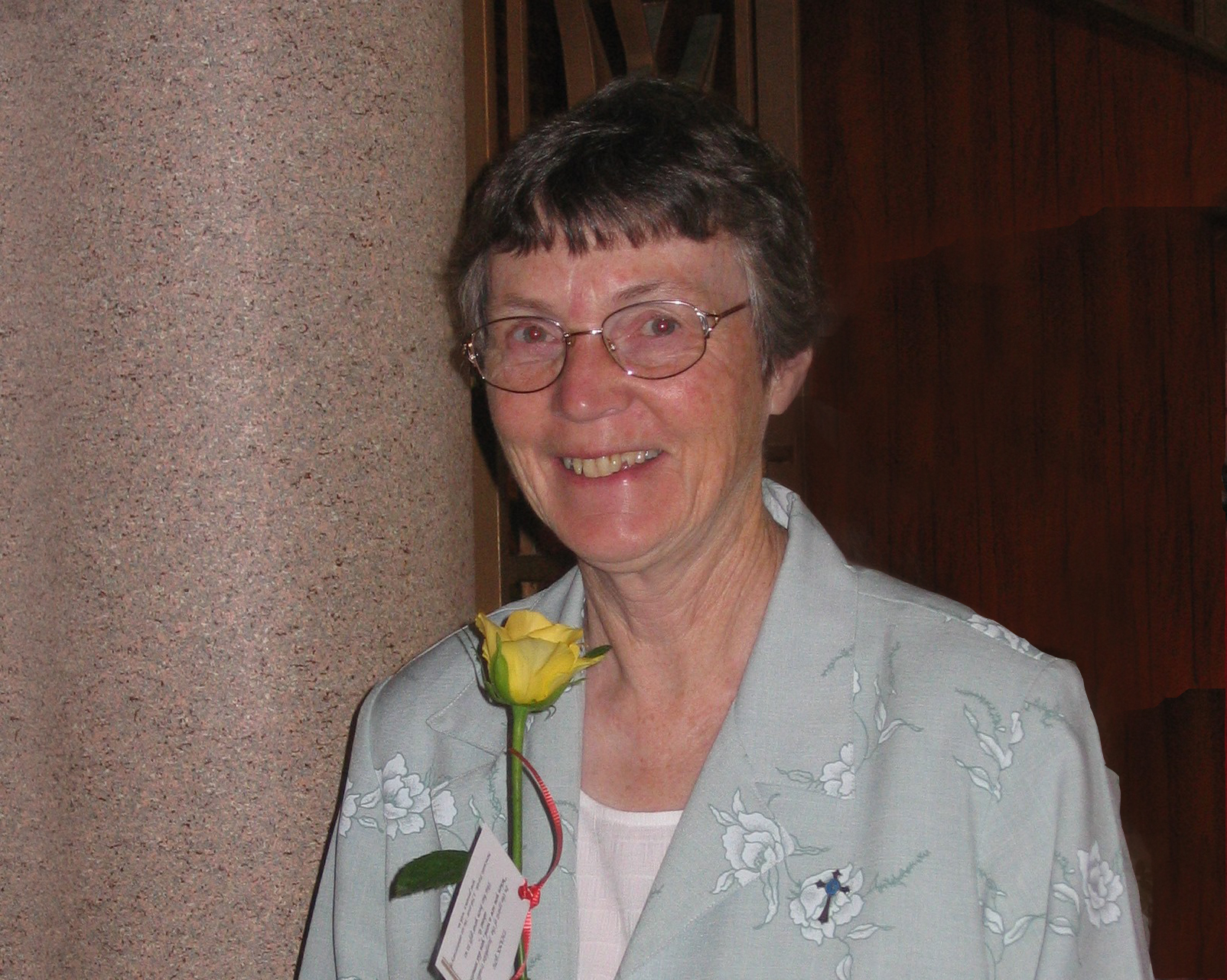 My Story as a Sister of St Joseph

Sr Brigid Linehan’s home parish of St Nicholas in Churchtown, County Cork recently celebrated its 150th anniversary.  Brigid was invited to contribute to its memorial book.  Here is her story.

In my teens, I was one of many young people to leave Churchtown in search of a better life abroad. I was fortunate to have a priest uncle in Australia who was keen for me to complete secondary education and pursue a career.  On 26th October1959, I left Ballygrace, travelling to Dublin with my parents. There, I caught up with Una, my travelling companion, and her parents. We took a flight to London and a bus trip to Tilbury Docks where we boarded the SS Orion and set sail for Australia, a journey that took five weeks.

Once in Australia, I settled into life and grew to love the Australian people with their egalitarian way of life. My final years at school were spent in a boarding school run by the Sisters of Saint Joseph of Lochinvar in the Hunter Valley of New Wales. It was a special time in which I got to know my schoolmates and learnt about their Australian way of life.

The Sisters of Saint Joseph inspired me in their commitment to the life they had chosen, their care of the girls in the boarding school, their ‘ordinariness’ their particular concern for the less well-off and their simple way of life. After some time, it was becoming clear to me that I was being called to follow in their footsteps.  And so, it was, that on February 2nd, 1962, I entered the Novitiate at Lochinvar as one of a group of nine young women.

The Sisters of Saint Joseph were founded in Penola, South Australia by Father Julian Tenison Woods and Mary Mackillop (now saint) in 1866. Our founders were aware of the vastness and remoteness of rural Australia making it a struggle for families to survive.  If they were poor and Catholic, it meant that there was no opportunity to send their children to a Catholic school. It was the vision of our founders to ensure that Catholic education was made available. Fr Woods wrote … the spirit of the Institute requires that sisters never see any evil without trying to remedy it.’ (A Book of Instructions for the Sisters St Joseph.1870) These words have as much relevance today as at the time they were written.  Our Constitutions tell us they were inspired by the Holy Spirit to seek ways by which God’s saving love might be brought to the poor, especially those in isolated rural areas. They responded by serving the poor primarily through the ministry of Christian education and support for families. (p.6)

While there were religious orders from Ireland and the continent in Australia at the time, the Sisters of Saint Joseph were unique in that they went to the remote areas, lived in communities of two or three and supported the families of the poor children they taught. As time went on, more young women joined Mary and the order spread from South Australia to Victoria and New South Wales and in fact, all over Australia and to New Zealand.  In 1872 a foundation was made in the diocese of Bathurst at Perthville and in 1883 four Sisters set out from there to Lochinvar. They lost no time in establishing Catholic primary and secondary schools and serving in the parishes of what is now the diocese of Maitland Newcastle.

In 1964 I was professed and sent to teach in one of our primary schools and experience life in the parish. For the next thirty years, I taught in several of our primary schools. It was a rewarding and enriching time which enabled me to get to know many families in several parishes. It was also a time of great changes in the Church when in the late 1960s, Vatican 2 ushered in a new era. The Church and in particular religious life, welcomed the new freedom of relaxed rules and opportunities to take part in activities such as staying with our families, going to the movies and to restaurants with family and friends. The changes in society meant that religious needed to change, too, in order to better minister to the people we served.  Our Constitutions were revised to reflect these changes which could be summed up in the following paragraphs: Today we live, pray, work and witness as Josephite women whose lives are ideally characterised by trust in providence, simplicity, humility, compassion, hospitality and joy.  Inspired by our charism for the poor and in keeping with our Josephite tradition, our mission is expressed in ministries to the deprived, degraded and disadvantaged in whatever circumstances of life they may be. (Constitutions p. 6.)

During the 1970s and 80s, some of our Sisters went to minister in the third world countries of Papua New Guinea and Zimbabwe. I was one of the groups who went to Papua Guinea. Life there was very basic. Our mission was to work with women and children, educating them in basic the life skills of sewing, growing and cooking nutritious food, caring for their own health, the health of their children, literacy, faith education and recognising their own worth in a male dominated society. Sunday Mass was a unique experience in which they poured their all into singing and movement. They knew how to celebrate life and integrated their celebrations into the celebration of Mass.

In 1988, Australia celebrated its bicentenary and it was about this time that our diocese of Maitland embarked on a journey which would enable clergy, religious and laity to study and understand the teachings of Vatican 2 so that our diocesan community would operate according to the norms laid out by the Council. That meant using a tool called Pastoral Planning, a process by which a faith community-aware of its present strengths and weaknesses-seeks to respond to the spiritual and pastoral needs of its people within and beyond the community. (Diocese of Maitland Newcastle Norms for Pastoral Planning.)

Following years of planning and research, a Diocesan Synod was held to which every member of the diocesan community was invited. The Synod lasted from Pentecost 1992 till Pentecost 1993.  At the assembly, it was proposed that all parishes commit to pastoral planning as the basis for their activities. To do this, each parish would set up its own pastoral council and team. The proposal was accepted and the task of establishing Pastoral Councils and Teams across the diocese was begun. Many of our Sisters were actively involved in the synod process and remember it as a time of new life in our diocesan community.

It was at the time of the Synod that I was asked to consider working in parish ministry. This was one of several new ministries which evolved in the wake of emerging needs following Vatican 2.  Several of our Sisters were working in parishes, encouraging and enabling the laity to claim their right and responsibility in the running of the parish. Others had embarked in ministries such as pastoral care of the aged, and of children in schools, adult faith education, counselling, spiritual direction and ministry to the Aboriginal community. A ministry worth highlighting is the Tenison Woods Education Centre, a facility through which the laity are formed to continue the ministries we have been exercising.

I am still in parish ministry, now on a voluntary basis in the MacKillop parish of Charlestown and Gateshead. I am kept busy taking Holy Communion to those in the local Aged Care facility and those in their own homes no longer able to go to Mass. Each Wednesday a group of women meet to socialise and reflect on the readings for the coming Sunday. During the seasons of Advent and Lent we follow a programme designed to help us prepare for Christmas and Easter. I live in the convent with another Sister who works in some of these roles with me when her health allows.

Life as a Sister of St Joseph has been good to me in that I have made many friends amongst the Sisters and my work colleagues. The leaders in our Josephite Congregation have made it possible for me to have several trips to Ireland to see my family. I have also been blessed to have my mother visit Australia in 1991. A couple of years later, my brother, Noel visited, and for the celebration of my golden Jubilee of Profession. Denis came to be part of the festivities. As each one came, they were warmly welcomed by the Sisters and saw some of Australia. It was so good that members of my family were able to come and see where I lived and what my life as a Sister of St Joseph entails.

I thank and congratulate those who are working hard to celebrate 150 years of especially the members of the Parish Pastoral Council and the 150 Anniversary Working Committee. What a great event to commemorate and what memories the thought of the stately stone building evokes! 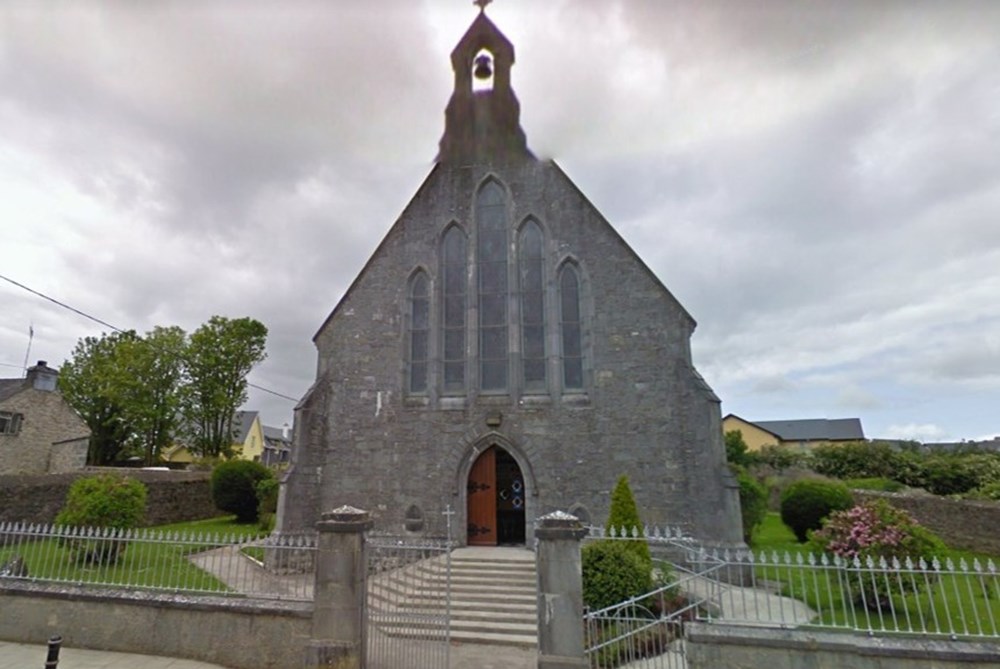 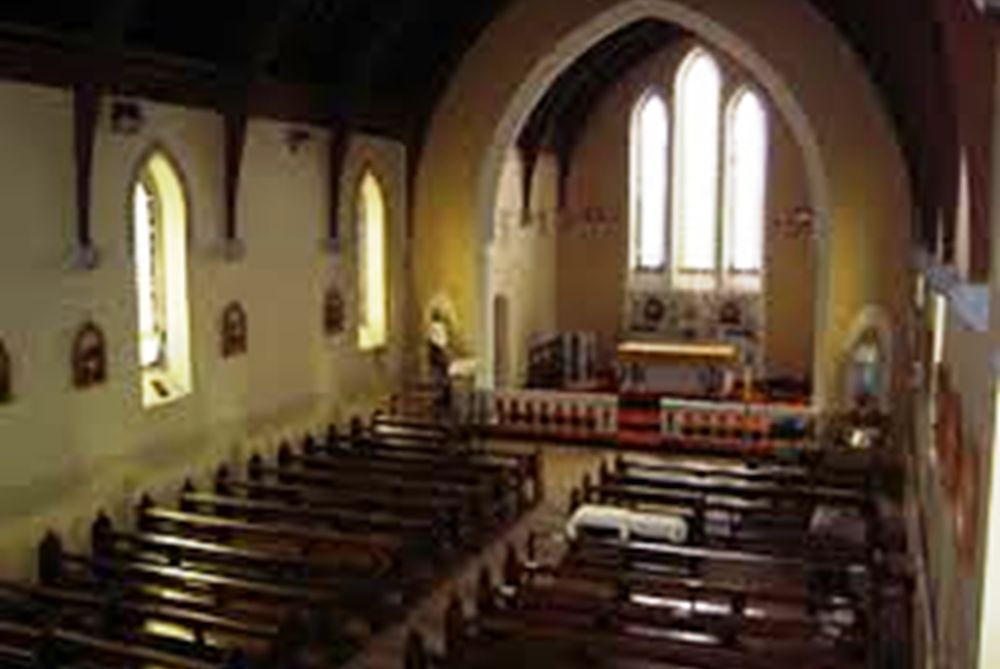 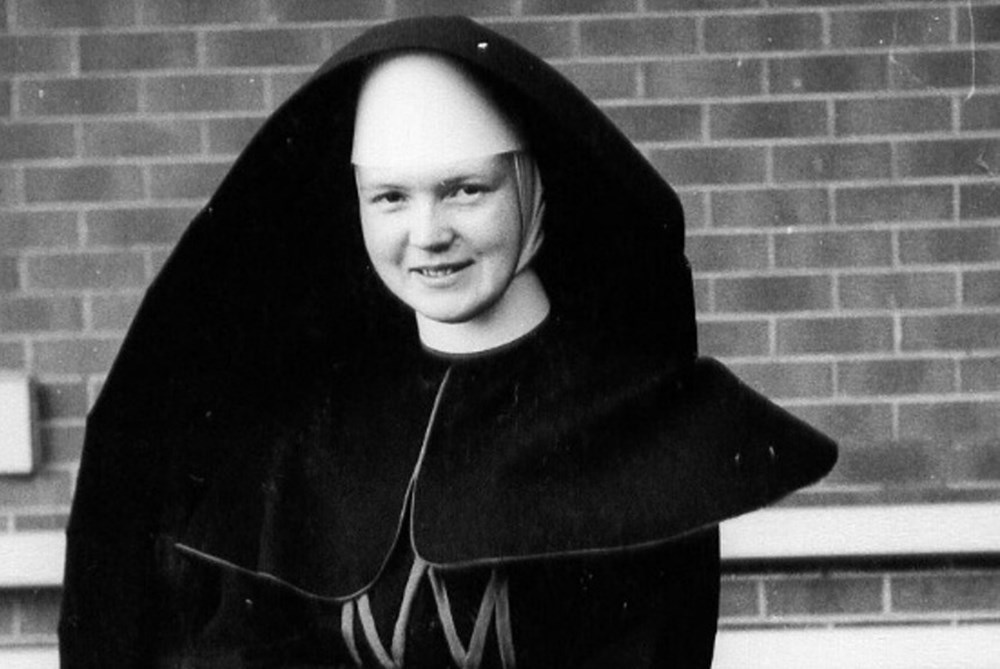 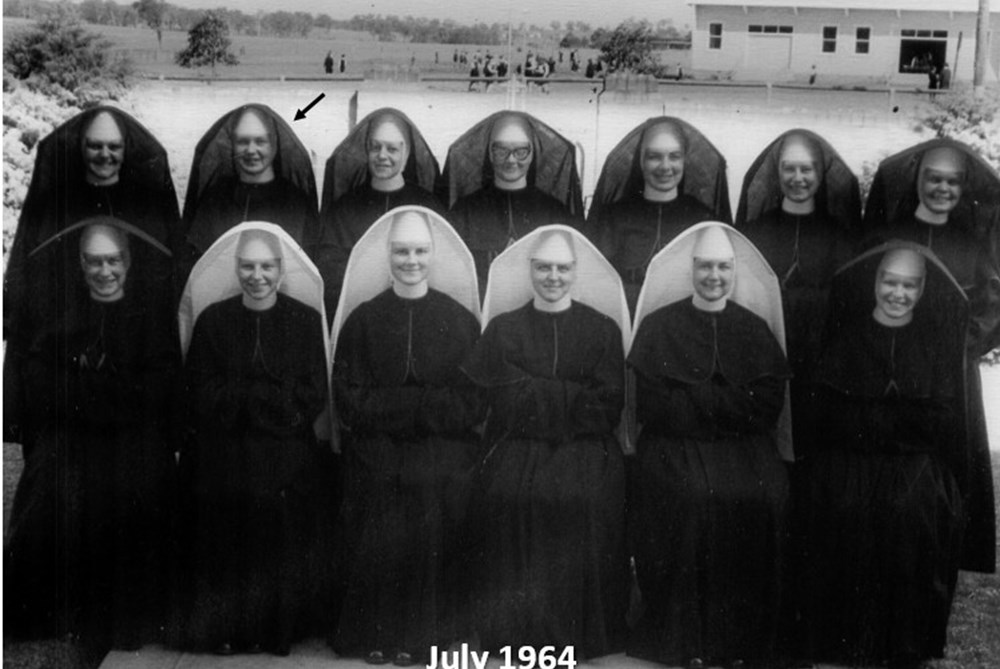 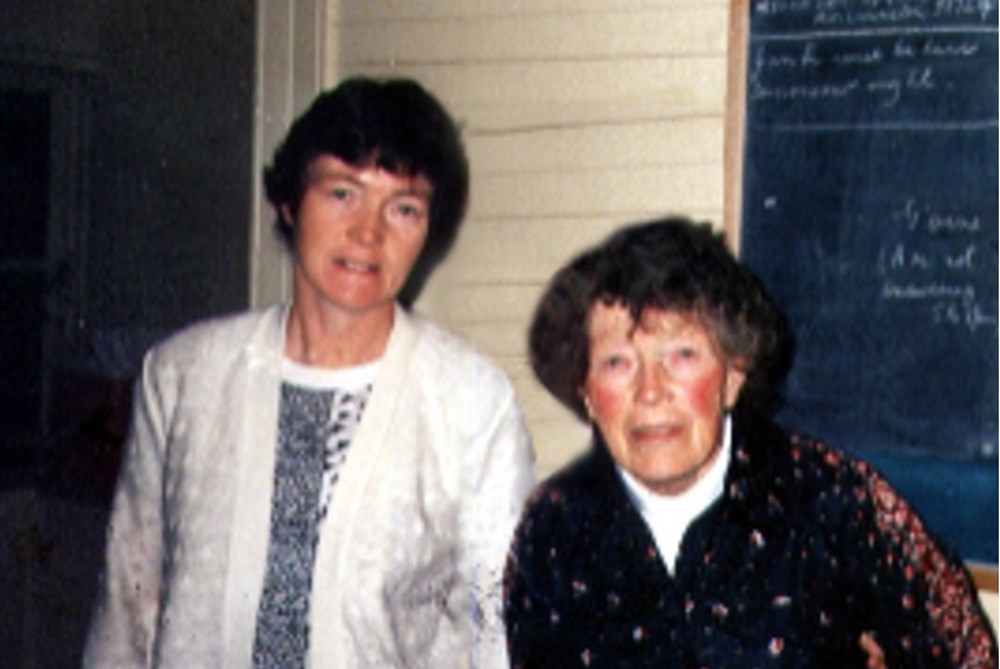 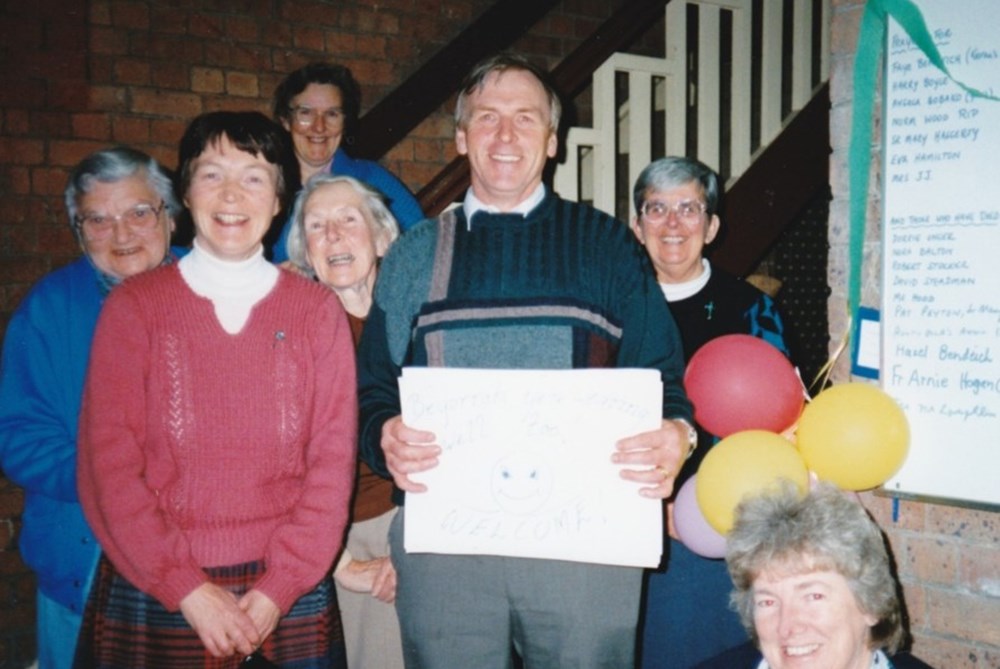 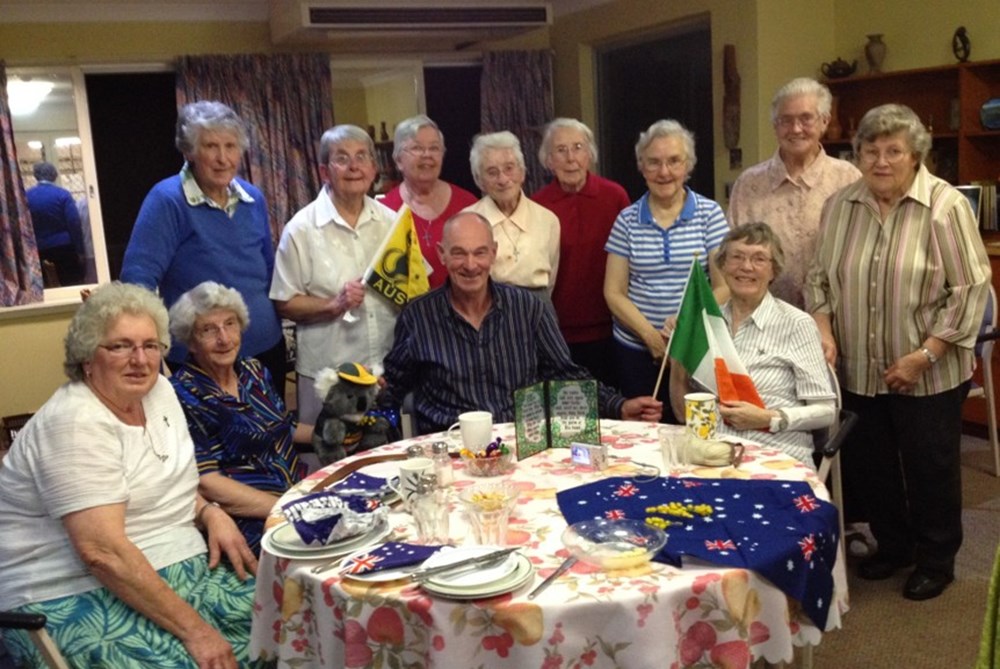 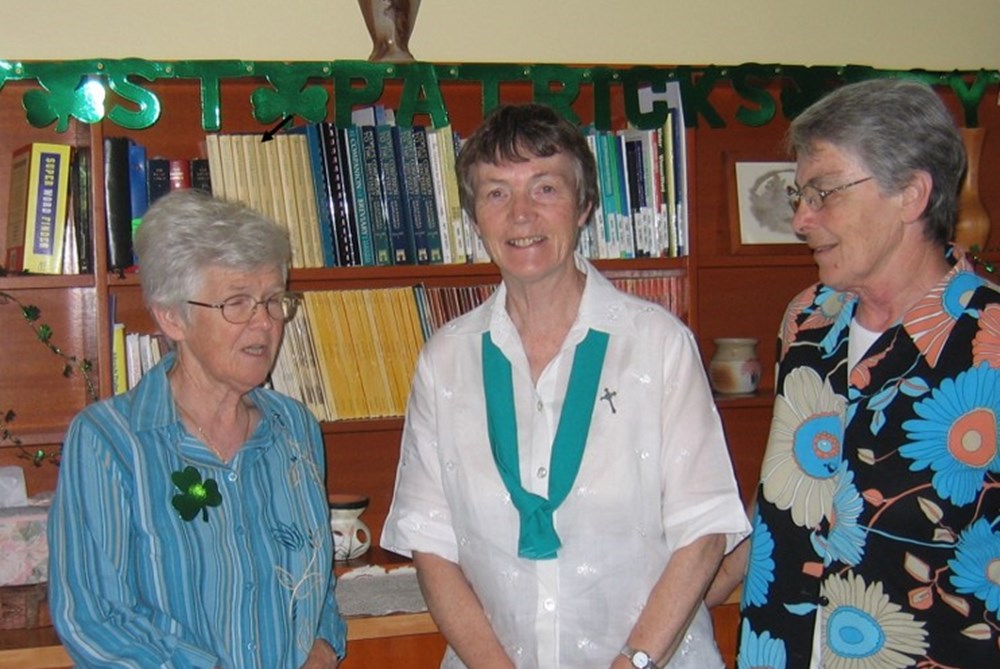