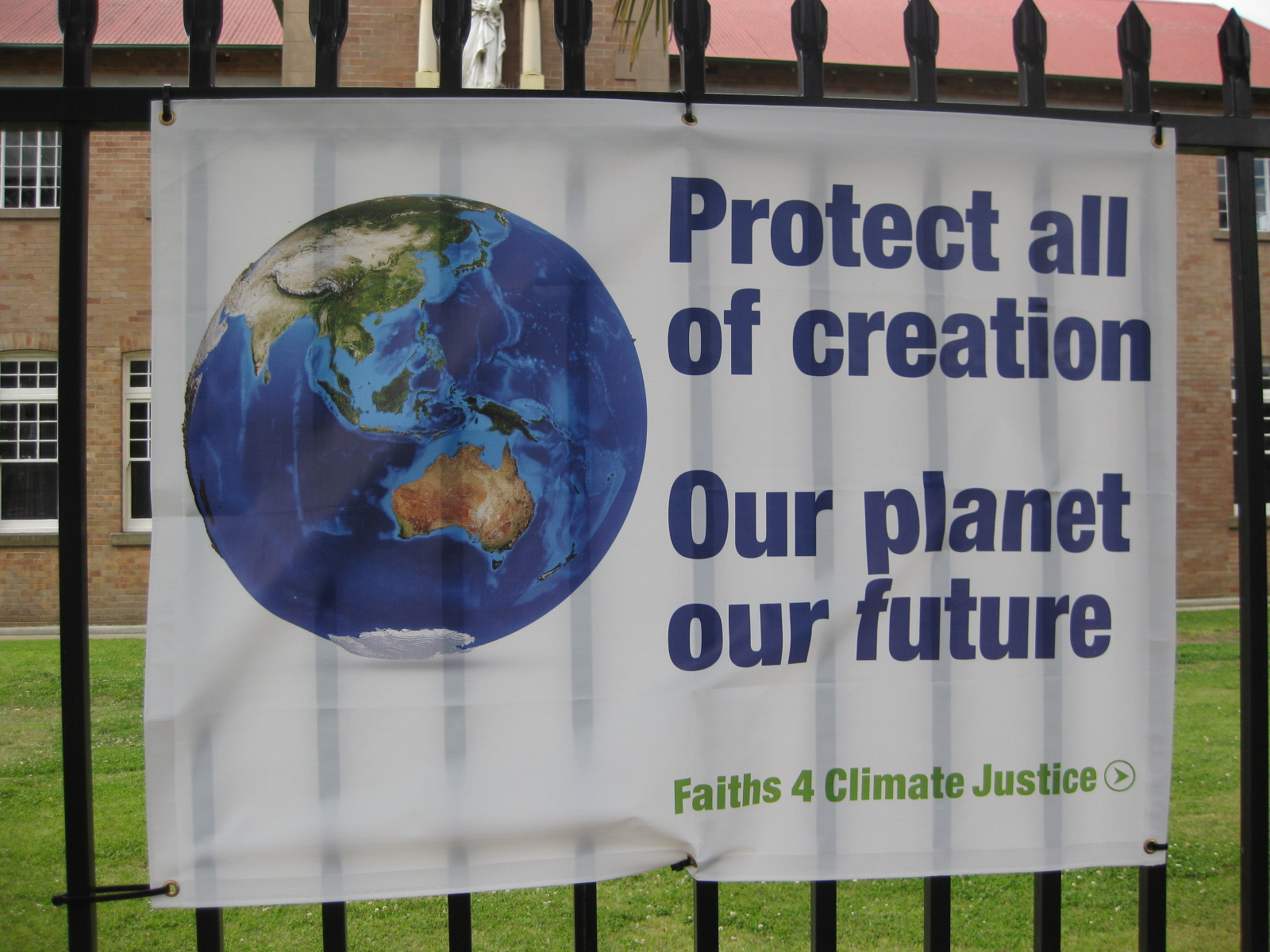 Our Common Home Is in Need

People travelling along the New England Highway cannot but fail to see this banner on the fence outside St Joseph’s College in Lochinvar, loudly proclaiming - Our Planet Our Future.  Its presence is a reminder of the responsibility we all have to care for planet Earth, our common home.

It is a reminder too, that the United Nations Climate Change Conference know as COP 26 will begin in Glasgow on 31 October and continue to 12 November. It is bringing world leaders as well as thousands of negotiators, government and business representatives and citizens into dialogue for twelve days.

Pope Francis in his letter, Laudato Si addressed to every person living on this planet, reminded us that Mother Earth cries out to us because of the harm we have inflicted on her by our irresponsible use and abuse of the goods with which God has endowed her. We have come to see ourselves as her lords and masters, entitled to plunder her at will.

So COP 26 will address these issues and hopefully be more than a talk fest.  Its aim is to reach global agreement on how to tackle climate change.  Many believe it to be the world’s best last chance to get runaway climate change under control.

We have all witnessed the tragic bushfires of our black summer of 2019/2020 when lives were lost, homes and livelihoods destroyed and our unique wild life devastated. We have seen this year the tragic floods and landslides in so many parts of the world.

Closer to home, we have seen the trails of destruction left by the tornadoes in the regional centres of Armidale, Lithgow and Bathurst, the latter named by the Bureau of Meteorology as a rare phenomenon.

Let our response be to pray for the success of the Glasgow Conference: that world leaders in government and business will take the necessary steps to reduce global warming and so hear the cry of the poor as well as the cry of the earth.

We, too have a part to play in reversing the dangers that face our world as Pope Francis reminds us:

All of us can cooperate as instrument of God for the care of creation, each according to his or her own culture, experience, involvement and talents.  Laudato Si #14

Our hope and prayer is that future generations will not be deprived of knowing the beauty and wonder of the natural world that we have known.  Rather, may they too, be able to delight in the gifts of creation. May we pass on to them a planet where sustainability, justice and respect for the dignity of all people is paramount.