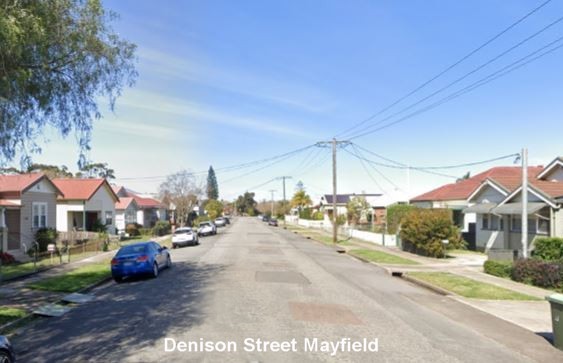 Our Street in COVID Times

Sr Jan Tranter lives in suburban Newcastle and writes of her experience and that of her Josephite Sisters during the COVID restrictions. An unexpected benefit was the awakening of a sense of community among those who lived on the street.

The word of the year, so the Australian National Dictionary Centre tells us, is 'iso'. Though the pandemic has affected our world deeply, the Australian habit of abbreviating has brought iso from isolation, in our Australian way of giving a comic edge to reality. It is a tough edge for many.

However, in our short suburban street, we are more connected than before.  When lockdown came, those who usually work away from home, worked from home. Simple things like bringing in garbage bins had people, rarely or never seen, now waiting at the footpath with a smile or having a socially-distanced chat with those walking by. With the street almost free of cars, the neighbouring families, individuals and parents with babies in prams were regularly walking, all appropriately distanced. Some families were cycling; some parents walked beside children on scooters.

While life seemed dubbed down, anticipation shone in the faces of young neighbours expecting their first born. Some neighbours were busy in their gardens. There was care for others, too as there are a few single people in the street. One day a person walking called out to others, “Has anyone seen.….? Is she OK?’ Someone replied, “She’s busy cleaning!” One man’s cleaning extended to washing then painting the exterior of his home.  But then, it was the joy of preparing for their baby, who has now arrived. There are now two babies in the street.

Offers of help came from young neighbours. Nearby we have young renters. When one kindly offered to help with shopping, one of us thanked her, saying that someone was helping us, we ventured to say who we were.  Our conversation went, “Have you heard of the Sisters of St Joseph?” “No”, came the reply.  Thinking the name Mary MacKillop would give a connection, the Sister tried, “Have you heard of Mary MacKillop?” Even this name did not bring recognition.

There was another young woman, often met wheeling her baby. Once when a couple of us were at the front, she paused and greeted us. One Sister, ready to introduce ourselves, said, “I don’t know if you have heard of Sisters of St Joseph?” The young woman beamed, “I teach at St Mary’s, Gateshead!” No explanation was needed, as St Mary’s College was founded by our Sisters and maintains a strong Josephite heritage.

There were two outstanding days in the common sharing. One was Anzac Day. A couple of us waited in our driveway before 6:00am with a candle and radio ready for the playing of the Last Post. It was dark and silent. A zigzag of candles was along the street. They were not in every place, more every second place.  It was very moving. Apart from the young couple opposite, we could see only the light, not the people. Some weeks later, a Dad from further up the street told us that he, his wife and four children were on their path and could see our light. It became our point of introduction.

The other occasion was Mother’s Day.  It was the first time that restrictions had been lifted, allowing the visiting of another home, with two visitors at a time. The sheer joy of that morning was evident as couple after couple was coming to or going from a home, carrying platters, their faces beaming with excitement. We all waved and called, “Happy Mothers’ day!” It was something profound and simple about love and family and about what is important.  Whether we had a mother to go to or not was not the issue. It was owning our shared humanity, the joy of being free to see our family.

In the meantime, in our own five-unit place, two Sisters have moved to other locations, another Sister has moved in and another went to hospital and died six weeks later. We shared with her family the protocol of limited hospital visits and, sadly a COVID safe funeral. The fragility, preciousness and passing nature of life in this world has been a deep, conscious experience.

The lockdown is past, workers are back at their worksites, cars are back on the road but the street is different. The bread of life has been broken open among us. 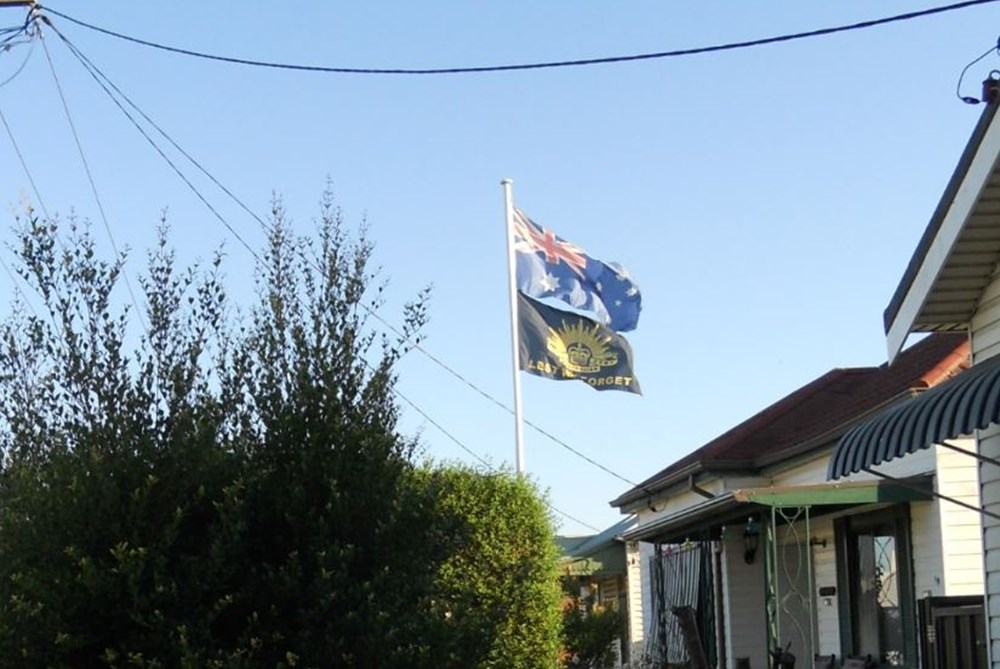 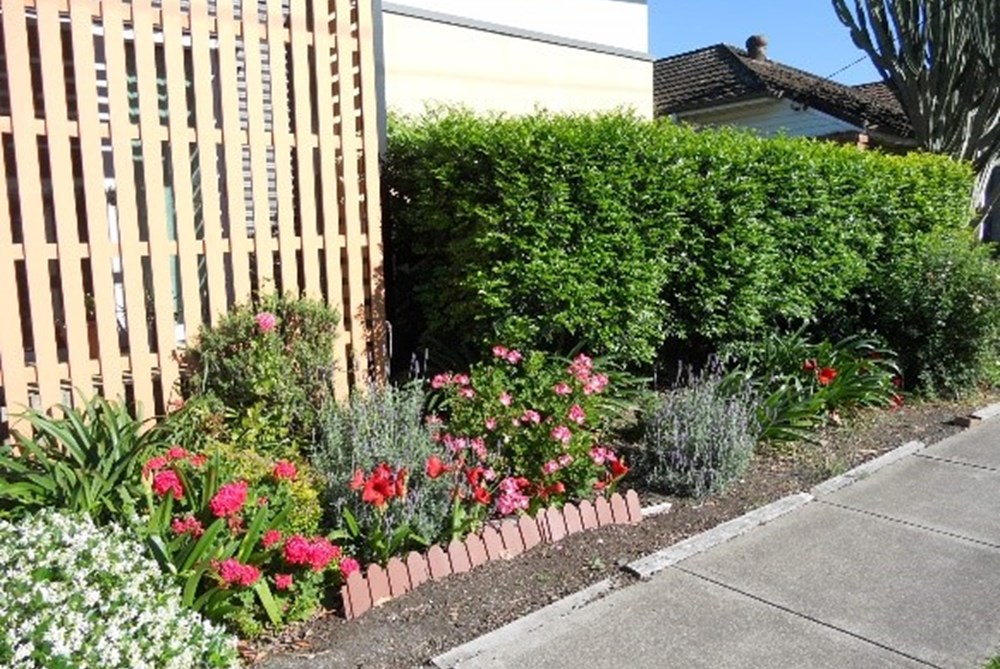 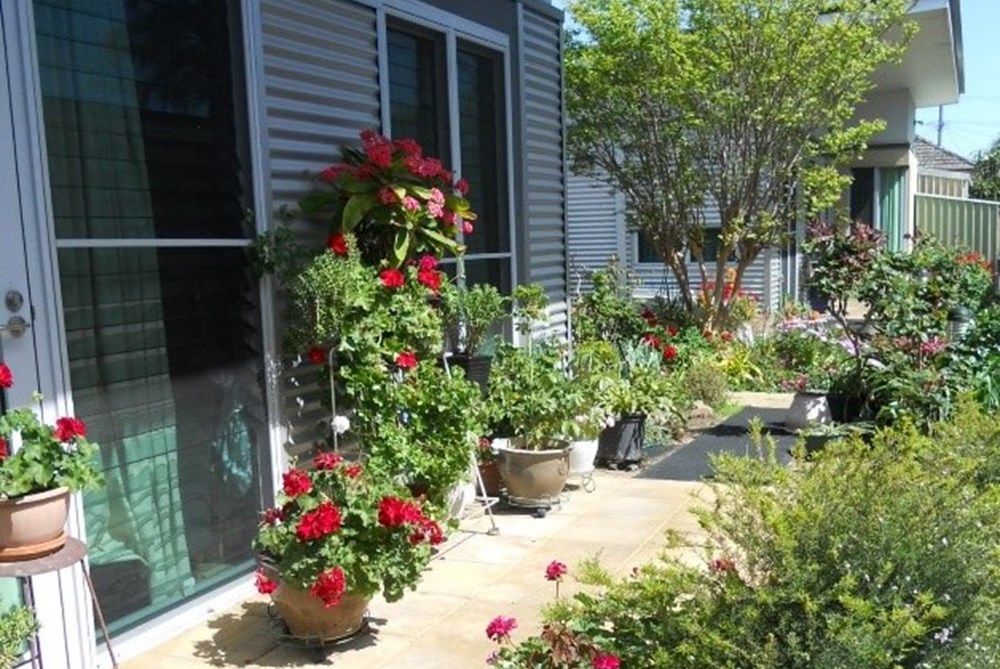 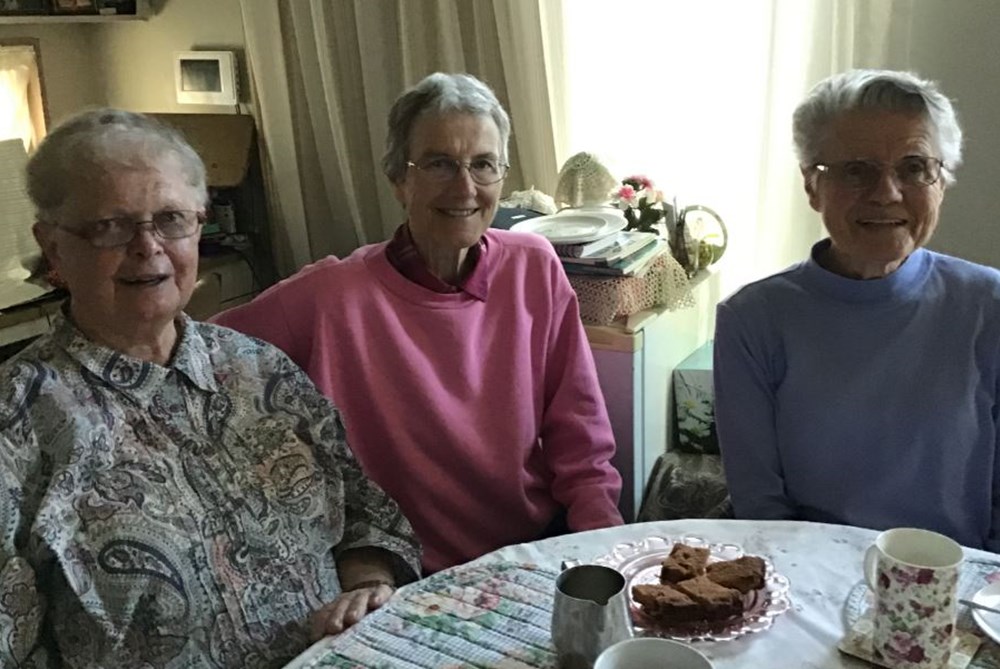